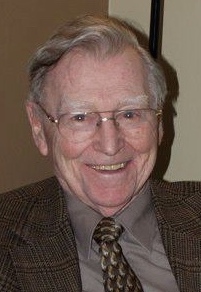 From 1952-1966, he, along with his wife and family served as missionaries in Brazil under the Grace Brethren Missions. John also served as the general director of the Grace Brethren Foreign Missionary Society from 1966-1985. He was a member of the American Legion Post 253 of North Webster, Ind., and a longtime member of Lakeland Grace Brethren Church of Warsaw, Ind. He will be dearly missed by his family and friends.

He was preceded in death by his parents, wife, and daughter-in-law Suzan M. (Goodman) Zielasko.

His funeral service will be held on Tuesday, January 30, 2018, at 1:00 p.m. at Redpath-Fruth Funeral Home, 225 Argonne Road, Warsaw, Ind., and officiated by Dr. Russell E. Simpson. Burial will follow with a graveside service at Oakwood Cemetery of Warsaw. There will be visitation prior to the service on Tuesday, January 30, 2018, from 10:00 – 1:00 p.m. at Redpath-Fruth Funeral Home.