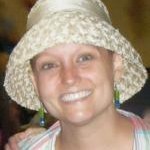 Born on March 17, 1982, in Akron, Ohio, to Tammie Dee (Conover) Robinson and James Ralph Robinson, who survive. She attended Moody Bible Institute, Chicago, Illinois, graduating in 2003 with a degree in Evangelism and Discipleship. She was a former resident and had previously worked in Indianapolis at the Indiana School for the Deaf for five years. While residing there, she was a member of Common Ground Christian Church in Indy.

Kandice has been a resident of Kosciusko County, Indiana, for the past 13 years, and was the Administrative Assistant for Grace Brethren International Missions. She was a member of Community Grace Brethren Church of Warsaw, Indiana.

Online condolences may be sent through the funeral home’s Web Site at www.redpathfruthfuneralhome.com.

Kandice shared about her journey with cancer during Momentum 2010. Click here to watch the interview.