Word has been received of the death of Kay Bellinger, the last surviving child of Grace Brethren missionaries Dr. Orville and Charlotte (Hillegas) Jobson, who served in the Central African Republic (formerly French Equatorial Africa). Her obituary appears below. 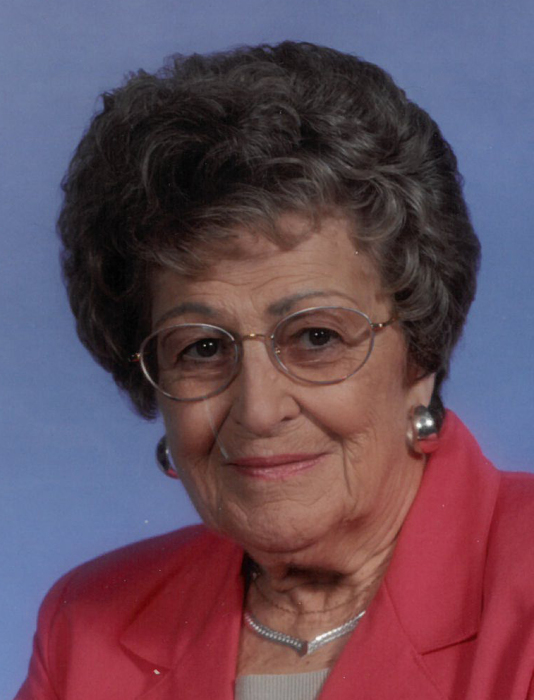 Kathryn J. “Kay” Bellinger was born Feb. 19, 1924, in French Equatorial Africa to missionaries Dr. Orville and Charlotte (Hillegas) Jobson.  She was raised by her Uncle Ralph and Aunt Ruth (Kimmel) Smoker of New Paris from 18 months of age when her parents returned to Africa. She is survived by her husband of 72 years, William O. Bellinger, who she married at the First Brethren Church in New Paris, Indiana on June 29, 1945.

Kay graduated from Germantown Dispensary and Medical Center in Philadelphia, Penn. She was a registered, certified nurse in Indiana and Pennsylvania. She worked as a surgery nurse in LaPorte and as a clinic nurse at the Walkerton Medical Clinic in Walkerton until moving to North Manchester in 1964. There she became the School Nurse for Manchester Community Schools and worked 22 years before retiring in 1986.

During her tenure as school nurse, Kay established the Volunteer Community Fund which supported children within the school system on dental, medical, vision and clothing needs. She also started the Christmas Box program and handled that until the Fellowship of Churches took over both responsibilities under the organization “Reach.” She was later involved with the addition of the Thrift Shop and Food Pantry. She stayed involved in that program for over 30 years.

She was a member of the Mental Health Association for 20 years, a Board Member for ten and Secretary for two. She was a Board Member for the Wabash County Sheltered Workshop (Workshop Enterprises) for ten years. Kay was the first woman to be awarded the Kiwanians Distinguished Citizen Service Award in 1984. She was the Grand Marshall for the 1986 Homecoming.

Calling will be held at the McKee Mortuary in North Manchester from 4-8 p.m. Thursday, Aug. 10. Funeral services will be held at 11 a.m. Friday, Aug. 11. with the Reverends Kurt Stout and Ron Burns officiating.

Donations can be made in Kathryn’s memory to Reach or the First Brethren Church, both of North Manchester.