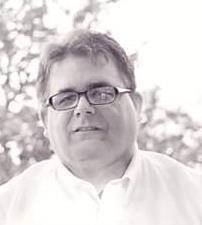 Kendall loved fishing, reading old westerns, loved watching old shows like Perry Mason, and loved listening to Michael W. Smith, but most of all Kendall loved every minute possible with his family.

A memorial service is scheduled for 3:00 pm, Saturday, April 22, 2017, at Metropolitan Baptist Church in Oklahoma City. Donations may be made in Kendall’s memory to charities of choice or to his family to distribute.