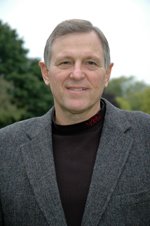 WINONA LAKE, IN — Grace College men’s basketball coach Jim Kessler (pictured) will be presented with the coveted Guardian of the Game Award this Sunday night, April 2, during the Cingular/NABC Guardians of the Game Award Show, beginning at 7:30 p.m. at the Murat Theater in Indianapolis, Indiana.

The Guardian Award for Service is given to the coach who selflessly gives to those in need and gives the extra effort to make a difference in the lives of his neighbors through volunteerism and giving.

“It’s humbling,” Kessler said, on being given an award that people like Wooden have received before him. “It’s an honor to be recognized by your peers, but it’s not something that I set out to do. My goal is to be faithful to the Lord and to give young people the chance to use their knowledge to teach others about basketball and the Lord.”

His teams have won eight Mid-Central Conference Championships as well. Kessler was named the NAIA’s inaugural Coach of Character in 2005, given to one coach across all sports who exhibits the values that the NAIA embraces – respect, responsibility, integrity, servant leadership and sportsmanship.

During his tenure at Grace, Kessler has taken his teams on more than a dozen international outreach basketball camps in nations such as the Bahamas, the Philippines, Egypt and Germany. Kessler and his players took part in a mission trip in Africa at the 2004 HIV/AIDS Kenyan Basketball Federation National Clinic. His teams have also conducted outreach camps with inner-city programs and on Native American reservations.

Kessler has also made extensive contributions on his campus and in the local community by organizing annual tournaments to benefit Habitat for Humanity and the Kosciusko County Cancer Fund.

He has established campus projects that have raised funds for the college library as well as funds for equipment and programs aimed at enhancing the quality of life at the college. For his contributions to the lives of youth in the Warsaw community, Kessler received the 2005 Pete Thorne Memorial Award.