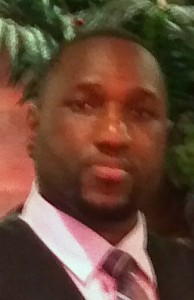 It seems an unlikely combination — an African American pastor from the inner city of Washington, DC, and an older, mostly white, congregation in rural Virginia. But Kevin Mincey is excited about the opportunity to lead the Grace Brethren Church in Winchester, located in the scenic Shenandoah Valley of northern Virginia.

It was easy to drive the 25 miles from his home in Martinsburg to minister also in Winchester. Their former pastor, Richard Bell, had died and about ten members remained, according to Mincey. He began to encourage the small congregation to reach out to their community. At the same time, he says many of the hurts felt when the two congregations split began to heal.

Recently, the Winchester Grace Brethren Church began to look for a new pastor. They saw what was happening at the Apple Valley church and approached Mincey about leading them. He refused, he says, unless the two congregations could be reunited.

It didn’t happen overnight, he admits, but slowly the two groups came to realize the value of working together. The result? A reunited congregation with Mincey at the lead and meeting in the existing Winchester church building.

“The church is being transformed,” says Mincey. “There is new ministry, new life here.”

“We’re moving from survival mode to revival mode,” he adds.

The church is planning a June 10 installation and celebration service. The festivities begin at 5 p.m. at the Winchester Grace Brethren Church, 143 Greenwood Road, Winchester, Va.