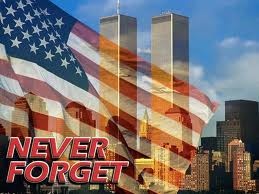 All military past and present will be recognized before the event.

Sponsors of the event are Drs. Nemec/Pazman/Hooks and Jordan’s Soft Serve.

“We wanted (the run) to be meaningful and a tribute to our soldiers whose mission is fighting the global war on terror,” said Dr. James Nemec of Kittanning, a local dentist and retired Army colonel. “It’s important for people to stop what they’re doing for a moment and pray for our country, for the service members and for those who have lost someone on 9-11 or in the war on terror.”

A small group of runners including Dave Zablocki of East Franklin will add a special leg to the “Run to Remember” race.

They will be start running at about 3:30 p.m. Sunday before joining with the main race later.

Zablocki and the other runners will carry an American flag as they run at a slow pace along a route that starts at the office parking lot of District Judge Gary DeComo in Ford City and continue through Ford City, McGrann, Manorville and onto the Armstrong Trail to Kittanning. They will run on Market Street, across the Kittanning Bridge, through Applewold and to West Kittanning in time for the race event at 5 p.m.

“I didn’t serve in the military, I’m not a policeman or a volunteer firefighters, but I’ll be trying to think, as I run, of those people who served our country and those who died on 9/11,” said Zablocki who was teaching a social studies class when the attacks were announced 10 years ago. “They’re the reason we’re all running.”