Kurt Miller, long-time Grace Brethren pastor and church planter, has announced his retirement effective June 1, 2017. Since 2013, Kurt has served as director of strategic partnerships with MetroGrace and previously served as national director of church planting with Grace Brethren North American Missions for 18 years. He and his wife, Anecia, plan to relocate from their home in Philadelphia, Pa., where he has worked with MetroGrace in planting urban congregations, to Wilmington, N.C., to be near one of their daughters. (Before the couple moved to Pennsylvania in 2008 as Kurt assumed a pastoral position at the Grace Brethren Church in Martinsburg, Anecia served as registrar at Grace College and Theological Seminary for more than 13 years.) Kurt made the announcement of their retirement over the weekend in an email sent to their supporters. A portion of it appears below. Click here to read the complete letter. 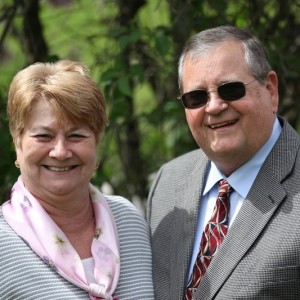 Anecia and I have spent more than forty years in church planting ministries. As we started reflecting on that, and after the health issues Anecia went through last year, we began to ask the Lord if it was time to consider retirement from vocational ministry – not ministry – just paid ministry. The result of this introspection and prayer, asking the Lord for His will, is that He has led us to retire effective June 1, 2017.

We have been humbled and so very thankful for those who have prayed for us, and for those who were able to financially support our missionary endeavor, helping to develop urban churches. Pastor Jim Brown, the director of MetroGrace, reminded us that during our time in Philadelphia, we helped MetroGrace to grow two young churches and initiate two new church plants.

Our 40 years of church-planting ministry in North America allowed us to personally plant four churches in three states and develop a North American church-planting strategy that resulted in more than 100 church development initiatives. The greatest blessings, however, are with the hundreds of people we were able to meet, lead to the Lord and develop lasting relationships. Social media has allowed us to re-engage and stay in touch with so many friends from previous church plants, and from our travels between Florida, Hawaii, Alaska, Maine and just about every state in between. They (you) are our blessings!