In 2016, Richie Cormier embarked on a mission trip with a team from Grace Church of Sebring, Fla. (Ben Russell, campus pastor) 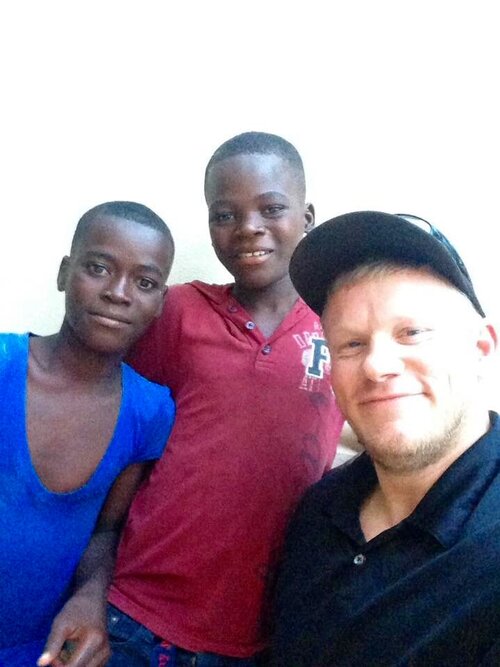 to the island of Tortuga, Haiti. The trip was led by Desir Nonhomme, the pastor of Mispa Missionary Community Church in Miami, Fla. Desir is a native of Haiti and was impacted by a sponsorship program which ultimately led him to continue his education and reside in the United States as a pastor. Desir’s dream became to return to Haiti to help others.

“Matt Wheelock asked if I’d be interested in going,” recalls Richie, “Matt told me that when the planning phase was going on, he thought of me due to my involvement with a prison ministry I am involved in called Evangelism Explosion.”

Tortuga is a part of Haiti with the most unreached people group.

“Most Haitians don’t even know where it is,” says Richie in an interview with Ben Russell. “In fact when we first arrived, we were the first white people they had seen in 40 years. It is a place that not many people are willing to make the trip to due to its location and time required to get there.”

With the focus being on building the church, the team began to interact with school-age children.

“In 2017, we started to learn the importance of the role school plays in the Haitian culture,” recalls Richie. “In America, school is free but there the parents have to pay for education, and it becomes a privilege and a social class thing.” 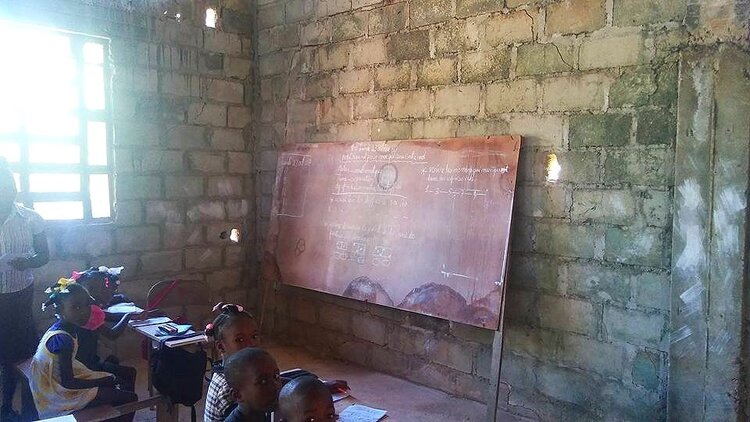 organization’s mission is to expand the opportunity of education beginning with the small island of Tortuga. The ministry currently supports the Louis Joseph Janvier Primary School, which is the only school within walking distance from the nearest village of Carenage. The school is also a part of the compound where Richie and his team have been working for the last four years, building a new structure for the Grace Brethren Evangelical Church.

The mission is not solely based on financial donations but rather on communication, fellowship, and relationship.

“It’s not a matter of just throwing money, because then they become reliant on it and if the money stops then everything stops,” he says. “We wanted to figure out how to best help the people. Raising money and leaving was never in the cards and still not in the cards.”

Even though the emphasis on developing relationships is at the forefront of the ministry, the need for financial support is greater now more than ever due to the global pandemic.

“Our donations had decreased during the beginnings of the pandemic but, they are slowly starting to return. However, we are deeply in need of monthly sponsors,” mentions Richie. 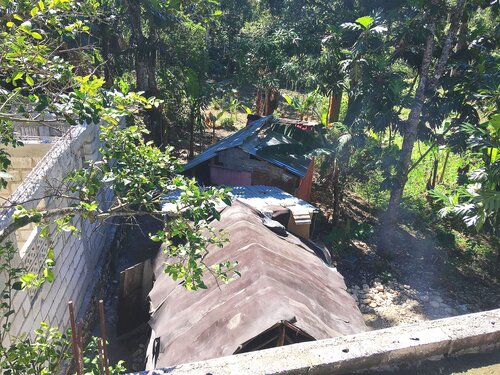 The monthly sponsorship ensures that the team can continue to provide educational opportunities, but also to ensure the children are being fed as well. The goal is to reach 100 monthly supporters of $25 each. The sponsorship will also go toward expanding the school for future needs, equip the school with technology, and help the school to be self-sustaining for the future through farming and the ability to generate their own solar-powered electricity.

“The 2020-2021 school year is getting ready to start back up at the end of September so we really do need sponsors for this upcoming year,” says Richie.

The team from Sebring Grace continues to visit Haiti once per year, supporting the school and the church. In addition to visiting in person, Richie keeps in contact with Pastor Wilson of Grace Brethren Evangelical Church in Haiti through Facebook Messenger, using Google Translate.

Richie is also the owner and operator of Cormier Insurance Group. He and his wife, Gina, have been a part of the Sebring Grace family for eight years. They have two teenage children.