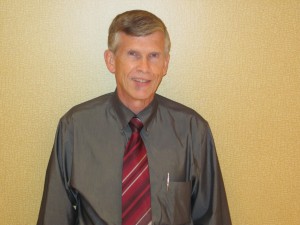 At 50, Lancaster Grace Brethren Church has much to celebrate

And it has a lot to celebrate.

Just six years ago, the church, at 911 Rohrerstown Road, was ailing.

“It was an aging congregation that was losing hope for its ability to connect and communicate with younger generations,” said Galen Wiley, church pastor.

“It was questioning its ability to continue its existence.”

On Sunday, April 25, the congregation will mark “50 years of ministering God’s grace to Lancaster County” in a 9:30 a.m. service and a 2 p.m. homecoming celebration.

Refreshments and fellowship will follow the afternoon celebration. For more information, call 397-9991 or e-mail lancastergrace@fgbc.org.

It would be a sad irony if Lancaster Grace had closed because between 1962 and 1980, it depleted its congregation, which at its peak had about 350 worshippers, by sending families to plant seven new Grace Brethren churches in the Lancaster area that continue today.

The church that began with 17 people meeting at the Lancaster Poultry Center in 1960 grew to more than 2,500 worshippers attending eight churches in 2009.

One of the plants, Grace Church of Willow Valley, offered to help Lancaster Grace in its time of need.

When Wiley became pastor in 2004, he knew the Lancaster Grace was “desperate” for help. So he made a partnership between the two churches a condition of his call to serve.

Willow Valley “made the great sacrifice,” he said, of sending three families, with 10 children and youth, to infuse Lancaster Grace with young blood.

“They are the core of our youth ministry today,” Wiley said of the children and youth.

Two of the men in the families are among Lancaster Grace’s six elders.