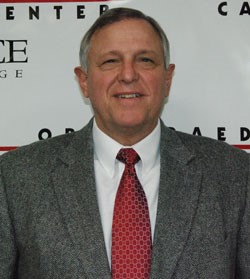 No. 8 Grace pushed their lead up to as much as 20 points in the second half and kept Spring Arbor at bay to maintain their one-game lead in the heated Mid-Central College Conference standings.

“We came out and did what we need to in the first half,” Kessler said. “We passed the ball around well and created advantages for ourselves throughout the night. We had several players step up. A road win is a road win.”

Kessler’s milestone makes him one of only nine active NAIA basketball coaches who have reached 650 coaching wins. His all-time record currently stands at 650-498. Kessler added his 651st win on Saturday, February 4, as the Lancers beat Goshen College 90-76. Grace’s record is now 20-5 overall, and 10-4 in the Mid Central Conference.

“I have had the privilege of coaching a lot of great players over the years who have made me look good,” Kessler remarked. “I consider myself fortunate to be where I am now, and I praise the Lord when I think about these experiences.”

This is Kessler’s 35th season at the helm of the Lancers basketball program.

Kessler has enjoyed 13 20-win seasons and three 30-win seasons during his coaching career at Grace. He was inducted into Grace’s inaugural Athletic Hall of Fame in 2008. He has also been inducted into the NCCAA Hall of Fame (1994) and has been named the NAIA Coach of the Year in 1984 and 1992. Most recently, he was named the MCC Coach of the Year in 2009 for taking Grace to back-to-back Elite Eight appearances in the NAIA Tournament.

It is the journey, not the destination, which keeps Kessler around the game. In his fourth decade, Kessler enjoys not only the practices, but the opportunity to see the impact Christ has on the lives of the players he coaches. It has been his mission over the past 30 years to help his players grow in their faith through missions trips, community service projects, in-season outreach opportunities and Lancer Basketball Camps.

Kessler has led the Lancers on multiple international mission trips over the years, including trips to the Philippines, Jamaica, Bahamas, Egypt, Germany, France and Kenya. He has made extensive contributions on Grace’s campus by establishing campus projects that have raised funds for the college library and for other equipment and programs aimed at enhancing the quality of life at Grace.

In the local community, Kessler has organized annual tournaments to benefit local organizations such as Habitat for Humanity and the Kosciusko County Cancer Care Fund.

For his contributions to the lives of youth in the Warsaw community, Kessler received the 2005 Pete Thorne Memorial Award. In 2006, he received the NABC Guardians of the Game National Award for Service.

Kessler is a 1970 graduate of Grace College where he had a four-year playing career with the Lancer men’s basketball team. He is married to Susanne and the couple has four daughters — Kim, Sarah, Jenny, and Janelle, four sons-in-law, and seven grandchildren. Kessler and his wife reside in Winona Lake, Ind.