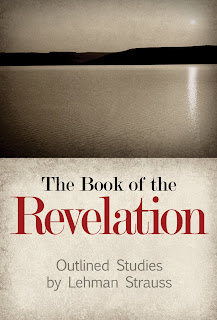 The author identifies three distinct systems of interpretation of Revelation—The Preterist School, The Presentist School, and The Prophetic School. Subscribing to the latter, Strauss holds that the largest part of the Book of Revelation is prophetic, and thus it applies to a period still future.

In The Prophecies of Daniel, Strauss has written an engaging and informative commentary quite applicable in this day when there is great curiosity about future events and what the Bible says about them. Both these books will be helpful either to the preaching pastor or to the serious lay Bible student who wishes a better understanding of biblical prophecy.

Lehman Strauss, Litt.D., F.R.G.S., taught Old Testament history for eight years at Philadelphia Bible Institute and served as pastor of the Calvary Baptist Church in Bristol, Pennsylvania, from 1939 to 1957.

He was pastor of Highland Park Baptist Church in Highland Park, Michigan, until the end of 1963 when he resigned to devote full-time to an itinerant Bible conference and evangelistic ministry. Dr. Strauss was residing in Florida and was writing his 19th book at age 86 when the Lord called him home in June of 1997.