Lessons Learned from a Leader 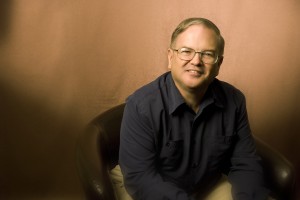 Editor’s Note – In the days prior to Dave Plaster’s March 2010 death, it became apparent he was leaving a legacy. The beloved Grace Brethren scholar, historian, and pastor had been a mentor of countless young men. Dave Nicodemus, is the pastor of high school ministries at the Grace Brethren Church of Greater Columbus , Ohio, where Plaster was senior pastor.)

My story is like many others. The opportunity I had to connect with Dave Plaster has forever changed and shaped me, not only in ministry, but personally.

I was a high school graduate when I met Dave in 1996, awaiting my fate as a finalist for a scholarship to Grace College. Our interaction was minimal. I was awarded one of the scholarships but ultimately was unable to attend until the following year.

The next fall, as a freshman at Grace, I received a call to meet with Dr. Plaster. I had been in college for less than a month and was being called to the vice-president’s office. What had I done?

As it turns out, he just wanted to get to know me. He knew of my decision to wait a year to enter school and he wanted to encourage me. The conversation was not particularly memorable, but the experience of being loved, cared for, and known was remarkable.

Fast-forward to the spring of 2007. Now married with a son, I had resigned from my first full-time ministry position and was contemplating the next step. I felt defeated, thinking I had misinterpreted God’s call on my life. I was prepared to move to a secular position.

Then my phone rang. It was Dave Plaster.

“I heard you resigned from your church. Is this true?” I said it was.

“Then it wouldn’t be unethical for me to ask you to consider coming to Columbus to be my youth pastor,” he said.

We agreed to meet in the coming weeks. Ultimately, I joined him at Columbus as the pastor of high school ministries, largely because Dave believed in me when I didn’t even believe in myself.

Not only did Dave become my boss and mentor, but he and his wife, Ginny, adopted us as their kids and our boys as if they were their own grandchildren. They became an incredible example of Christ, and precious friends. Dave modeled a life that spoke louder than any advice or lesson he gave. It reminds me of a favorite verse: “Whatever you have learned or received or heard from me, or seen in me-put it into practice.” (Phil 4:9 NIV).

I’ve talked with others about Dave’s impact. With each story, the similarities are as striking as the differences. They are similar in that he encouraged, challenged, walked alongside, and accepted so many, but each with a different approach. He was a confidante, often being the only person to ever hear the fears and secrets of the young men he mentored. He was a father, a boss, a mediator, a lifeline, a pastor, a guide, and a friend, not to everyone at once, but to each as they needed. He poured who he was into each individual to help him become more like Jesus.

Dave personally mentored hundreds of young men and had an incredible impact on countless others.

“His influence helped me navigate through so many choices and challenges,” says Nathanael Smith, who recently finished graduate studies at the University of Oxford and was mentored by Dave as a student at Grace College.

Sy Belohlavek remembers Dr. Plaster as being the voice he leaned on when making hard decisions. Now headed to work in Central Asia, Sy plans to carry on the tradition.

“I aspire to encourage and build up younger men in the same manner as he did,” says Sy. “I will remember an energetic, earnest, committed, faithful, good-hearted man who did not lose his upbeat optimism and energy for fighting the good fight, even though he had been through challenging situations in life and ministry.”

More stories of Dave’s impact on young men at Grace College and in the Fellowship of Grace Brethren Churches.
Social Share