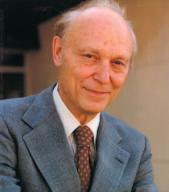 “Making Scripture accessible for all people was my father’s passion,” said his son and Tyndale President Mark Taylor. “Many, many people have told him, ‘I became a Christian when I read The Living Bible,’ or ‘My first Bible was the green padded Living Bible.’ Even at 88 years old, his enthusiasm and fervor for his work never waned.”

Taylor founded one of the country’s largest Christian publishing houses, known recently as the publisher of the Left Behind series, and authored several children’s books. He is best known, however, as the creator of The Living Bible, a paraphrase of Scripture that in its early stages was embraced by Billy Graham, which became the nation’s best-selling book for three years. To date it has sold more than 40 million copies. The Living Bible has also been accepted internationally, with portions or entire Bibles available in more than 100 languages.

Taylor began to reword specific passages in simple, conversational language, easy enough for even his youngest child to grasp. He finished his paraphrase of the New Testament epistles in 1962, but could interest no publisher in his project, which he called “Living Letters.” Taylor and his wife, Margaret, decided to self-publish 2,000 copies of “Living Letters.”

Taylor named his fledgling company Tyndale House Publishers after William Tyndale, the 16th century reformer who was burned at the stake for translating the Bible into English. In its early days, Tyndale House was literally a kitchen-table operation. The older daughters typed Taylor’s manuscripts, Margaret typed invoices and mailing labels, and the younger children stuffed envelopes and packed books ordered by bookstores.

As Taylor continued to paraphrase the rest of the Scripture, orders for “Living Letters” trickled in. But when evangelist Billy Graham began to use Taylor’s work as a premium for his television broadcasts, demand for the books began in earnest.

In 1967, Tyndale published the Living New Testament and in 1971 released the complete Living Bible. It became the best-selling book in the United States for the next three years, after which Publisher’s Weekly decided not to allow Bibles to compete with “regular books” for a spot on the best-seller list.

Taylor and his wife committed from the start to deposit all profits from The Living Bible into a charitable trust, insisting that the Bible’s royalties be donated to Tyndale House Foundation. The foundation supports mission projects around the world and today continues to promote Taylor’s vision and mission of making the Bible accessible and available to everyone.

Taylor was born on May 8, 1917, in Portland, Ore., to George and Charlotte Huff Taylor. Due in large part to his pastor father and godly mother, Taylor developed a solid faith in Christ and a deep respect for the Bible at a very young age. He graduated from Wheaton College (Wheaton, Ill.) in 1938, attended Dallas Theological Seminary for three years, and graduated from Northern Baptist Seminary (Chicago, Ill.) in 1944.

Taylor, who spent 65 years in the publishing industry, began his career as editor of HIS magazine and later served as director of Moody Press in Chicago. He was the author of many children’s books, including The Bible in Pictures for Little Eyes and My First Bible in Pictures.

Taylor was president of Tyndale House Publishers until 1984, when he turned over the reins to his son Mark. He continued to serve as chairman of the board from 1984 until his death.

Today millions of readers around the world are familiar with Tyndale products, including such best-selling titles as Left Behind, Bringing Up Boys, and the New Living Translation. Each year the company’s 260 employees produce 250 new products.