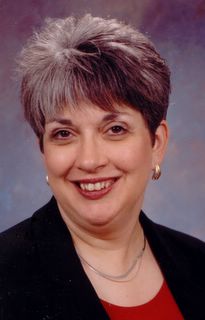 As a result of recent elections, Liz Cutler Gates (pictured) of Sunbury, Ohio, has been elected to the Board of Directors of the Brethren Missionary Herald Co. and will participate in her first board meeting October 13 and 14 in Dublin, Ohio.

Gates, who since 1996 has been Director of Communications for the Moritz College of Law at the Ohio State University in Columbus, has a distinguished resume in journalism, public relations and Christian service.

Originally from the Wooster, Ohio, Grace Brethren church, she is now active with her husband, Doug, at the Grace Brethren Church of Columbus, Ohio, Jim Custer, pastor. She is a deaconess, assists with the church’s annual Living Christmas Tree and other productions, and works with the singles and women’s ministry at the church. For a time she served the Columbus church as Assistant Director of Communications.

A graduate of Grace College in Winona Lake, she was a journalism student of current BMH executive director Terry White. She went on to earn an M.A. in Journalism from Ball State University, and has had further postgraduate work at The Ohio State University in marketing and adult education.

She has worked as a writer and editor at The Paper in Milford, IN, and at the Warsaw (IN) Times-Union newspaper. She served eight years as the Director of Public Relations for the Grace Brethren Home Missions Council, now Grace Brethren North American Missions.

She has worked at The Ohio State University first as associate editor, 4-H, and more recently with the law school. She has also taught journalism at Grace College and has conducted her own freelance writing, editing and desktop publishing business since 1979.

BMH board chair Dan Thornton said, “We are extremely pleased and fortunate to have someone of Liz’ commitment and professional experience on our board. I look forward to learning from her, and having her as part of the BMH team.”

In addition to Thornton, other BMH board members include Bob Arenobine, Bruce Barlow, Nathan Bryant, Rick Fairman, Pat Phillips, Todd Scoles, and Barb Wooler. Scoles, Bryant, and Wooler, board incumbents, were also re-elected following their nomination at the BMH corporate meeting Monday night of the Equip05 national conference in August.

Brethren Missionary Herald Co., the communication arm of the Fellowship of Grace Brethren Churches, publishes the FGBC World bi-monthly publication for the Fellowship and also is the publisher of BMH Books.