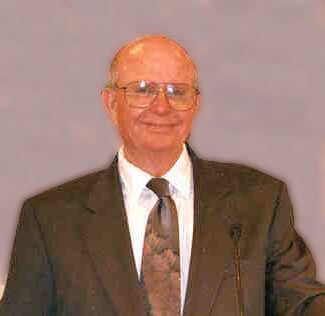 Pastor Charles Covington, associate pastor of the Community Grace Brethren Church in Long Beach, CA (Dale Workman, pastor) died this morning, July 6, in Seattle, Washington, after having taken ill on an Alaskan cruise during the night.

According to Pastor Dale Workman, Covington and his wife, Eva, had been on the cruise for three days. Covington was first ministered to in the ship’s infirmary, then was taken to a medical facility in Juneau, and ultimately to Seattle, where he died.

Covington, who had previously pastored a Grace Brethren church in Cypress, California, came to the Long Beach church as pastor in 1996. He was responsible for Dale Workman, who had been an elder in the church, joining the church staff as associate, and Workman later switched roles with Covington after Covington experienced a serious stroke in 1999.

Covington was a prolific writer, and archived copies of his “Pen Pulpit” messages from a number of years are available on the Long Beach church website at www.cgbclb.org.

Further details about services and obituary will be posted as they become available. Covington’s wife, Eva, wrote the following about her husband to explain his role as the author of the “Pen Pulpit” pieces:

“On Father’s Day 1999, Pastor Charles Covington preached the sermon condensed for the Pen Pulpit of June 17, 2001 to his beloved congregation at the Community Grace Brethren Church in Long Beach. Lunch at his son’s home and a basketball game with his grandchildren followed. The next day he was in intensive care after suffering a massive stroke that almost took his life.

“Charles Covington was born and raised in Muleshoe, Texas. At age 30 he accepted Christ as Savior and Lord and, sensing a need to learn more about God’s Word, enrolled in Moody Bible Institute. He later studied at Grace Bible Institute and Graduate School in Long Beach and Talbot School of Theology in La Mirada, California.

“For seventeen years he taught doctrine and Bible survey classes at Grace Bible Institute. Many young men and women who are now in Christian ministry all over the world were his students. Pastor Covington also served as associate pastor of Bell Brethren Church, Bethany Baptist Church in Norwalk and senior pastorates at Community Bible Fellowship Church in El Toro, Grace Brethren Cypress, and Community Grace Brethren Long Beach.

“The stroke left him unable to preach from the pulpit but his church family was reluctant to give up his gift of expositing the Word of God and thus began this series of “Pen Pulpits”.

“Charles and I live in Whittier, California. We have been blessed with a passel of kids that call us “Mother, Dad, Gramma and Grampa.” God is, indeed, very good.”

Charles Covington wrote the following Pen Pulpit, dated ahead to July 16, 2006, as part of a celebration tribute on the 40th anniversary of the Long Beach church:

“Have you ever wished you could be two places at the same time? How nice if Eva and I could do that today as we would love to be there with you. Eva has had the privilege of serving the Biola University Board of Trustees for many years and as a “thank you” to her, they gave the two of us the gift of an Alaskan cruise. As we wanted to take *Penelope along, we drove rather than flew to Seattle from where we sailed, visiting a daughter and two brothers along the way. Our thoughts and prayers are with you today and we will have lots of pictures to share when we return!”