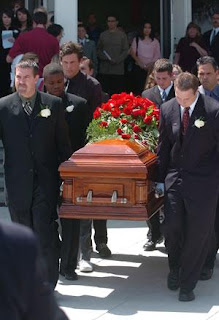 LONG BEACH – Friends and family members recall Wilson High School graduate Gary DeVercelly Jr. as a loyal and caring person who could be relied on for help and understanding.

“When you met Gary, you had a friend for life,” said his mother Julie at the funeral service held Monday at Grace Brethren Church, 3601 Linden Ave.

DeVercelly, an 18-year-old freshman at Rider University in New Jersey, died March 30 of alcohol poisoning after drinking excessively at a party at his fraternity house on the Lawrenceville campus.

“When we got back in the dugout, he made sure I knew that,” Reed said. “Gary was a smart player. He knew the game.”

DeVercelly was a good listener in whom Reed confided.

“I can’t see my life without him in my corner,” Reed said. “Gary and I were a team.”
DeVercelly enjoyed a close relationship with his family, especially his father, that Reed said he admired.

“It was strong,” he said. “Gary would tell his dad anything.”

Andrew Coates said that DeVercelly was more of a brother than a friend.
“He was the greatest listener,” Coates said. “He got who I was.”

At Rider University, DeVercelly often spoke of the support he received from his parents, whom he considered his role models, said Anthony Campbell, the university’s associate vice president for student affairs.

Although the freshman had been on campus only a short period, DeVercelly quickly developed a large network of friends who admired him, Campbell said.

“Gary was not an act,” he said. “His genuine warmth was evident.”

He was known as a “protector” who would often walk women home at night, he said.
At Rider, DeVercelly was known by the nickname “Cali” because of the pride he expressed at being a California native, Campbell said.

DeVercelly liked to have fun, dressing up as a whoopee cushion on Halloween and starting a Cheez Whiz and cupcake battle at a dance, Campbell said.

His father, Gary DeVercelly Sr., recalled how his son was born two months premature.
“He was a fighter,” he said. “He pulled through.”

When he was 4 years old, he told his parents that he wanted a sister. When Emily was born, “He was beaming like a proud father,” DeVercelly said.

“He was patient and tender and gentle” with his brother and sister, he said.

He also shared a “deep bond” with his mother Julie, calling her at least once every day during college, DeVercelly said.

DeVercelly was in a business program at Rider that would have allowed him to receive his master’s of business administration in five years.

He had lined up an internship this summer with the Long Beach Armada, and eventually hoped to become general manager of a baseball team, his father said.

“I think he would have done it,” he said.

DeVercelly told the crowd of nearly 1,000 mourners that his son’s last words to him were “I love you, Dad.” “I love you Gary,” his father said. “And I think everyone here loves you, too, and we miss you, boy.”