Yesterday’s observance of Martin Luther King Day at Grace College, Winona Lake, Ind., included a keynote by Chris Singleton, an outfielder for the South Bend Cubs who lost his mother in 2015 to a hate crime. The local online news site, InkFreeNews, reported on the event. A portion of the story appears below. Click here to read the complete article. 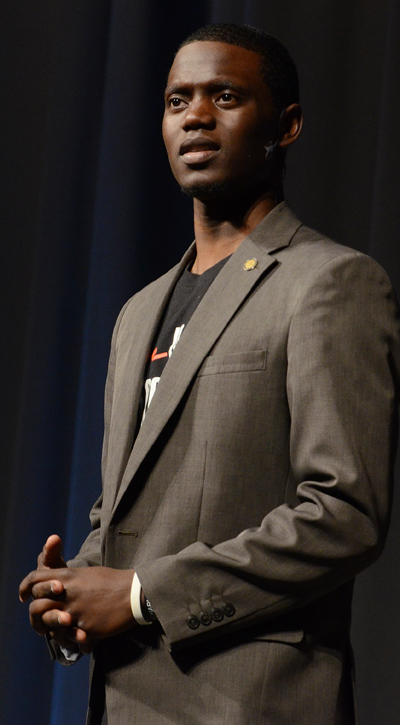 Chris Singleton, a tall and lanky outfielder for the South Bend Cubs, knows a few things about strength and speed. It was no feat of weakness that allowed him to park four home runs with the Chicago Cubs’ single A affiliate in 2018. His quickness allowed him to leg out a pair of triples. But it was his inner strength and the speed in which he composed himself following the worst day of his life that will secure his legacy long after his baseball playing days are over

Singleton’s mother, Sharonda Coleman Singleton, was one of nine people murdered in a hate-infused shooting spree at a Charleston, S.C. church in 2015. Within 24 hours of hearing the news, the young baseball prospect, still a college player at the time, was standing in front of microphones on his home baseball field asking his fellow man to battle such hatred with the only weapon he feels truly works.

“Love is always stronger than hate,” he said. It’s this message that he now spreads through a speaking tour that included Winona Lake’s Manahan Orthopaedic Capital Center on Monday, Jan. 21, as part of the annual celebration to commemorate the life of Dr. Martin Luther King, Jr.