Manahan Will Step Down as President at Grace College 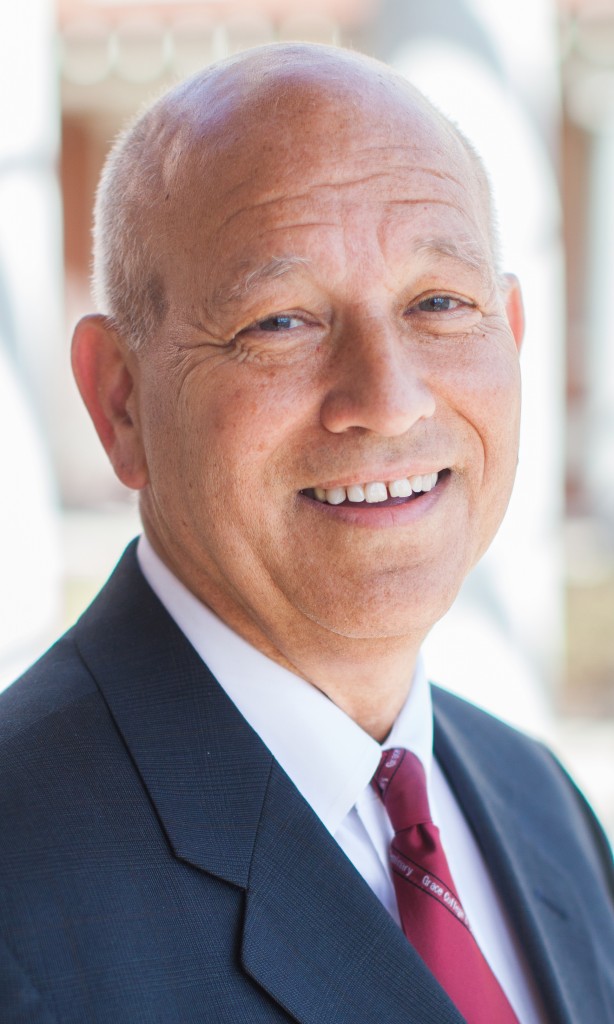 Dr. Bill Katip assumes the president’s office at Grace College and Seminary in May, 2013. In the photo above, Dr. Katip (left) is pictured with Dr. Jim Custer, Chairman of the Board, and Grace President Dr. Ron Manahan

Dr. Ron Manahan, president of Grace College and Theological Seminary, Winona Lake, Ind., has announced that Commencement 2013 (May 11) will conclude his 20 years as president. Provost Dr. Bill Katip accepted the role of president for the institution following graduation on May 12, 2013.

Dr. Manahan began his service to Grace in 1977 and has served as president since 1994. His visionary leadership helped advance the institution through the development of new programs, the construction of new facilities, the expansion of global outreach and increased tuition affordability for students and families. Because of the efforts of Manahan and his leadership team, enrollment has more than doubled and is currently at its highest in history.

Manahan’s first position at Grace was as the chair of the division of religion and philosophy. In 1982, Manahan received the Grace College McClain Award for Excellence in Teaching and in 1985, became the assistant academic dean. Two years later he served the college as the vice president for academic affairs and in 1990 became Grace’s first provost.

Manahan’s vision was to involve Grace College & Seminary in the local communities, which resulted in the renovation of Westminster Hall in 1996 and the building of the Orthopaedic Capital Center in 2007. He was also a key initiator and facilitator in working with BioCrossroads on the grant from the Lilly Endowment resulting in OrthoWorx and the Orthopedic Capital Foundation.

Because of Manahan’s leadership, Grace College was one of the few public or private universities nationally to develop and offer a three-year degree program for all its majors. Grace’s program innovation attracted the attention of Congress, state legislators and national media. In 2011 Manahan represented Grace Schools nationally and championed higher education affordability and transparency to the Congressional Subcommittee on Higher Education and Workforce Training in Washington D.C.

Manahan has also served on the board of directors of Kosciusko County Chapter of the American Red Cross, Committee to Commemorate Dr. Martin Luther King, Jr., Inc., Foundation Ministries Inc., Lakeland Christian Academy and Symphony of the Lakes. He currently serves on the board of directors of Kosciusko County Community Foundation, OrthoWorx and the Orthopedic Capital Foundation. Additionally, Manahan has served on the board of Independent Colleges of Indiana (ICI), the Council of Christian Colleges and Universities (CCCU) and on the Accountability Committee of the National Association of Independent Colleges and Universities (NAICU). He was awarded the Winona Lake Bill Reneker Memorial Community Service Award in 2000 and named the Warsaw/Kosciusko County Chamber of Commerce Man of the Year for 2010.

Manahan will assume the role of senior advisor to the president this summer and serve during the academic year 2013-14. “Developing and advancing the mission of Grace College and Seminary has been my calling and my honor over the past two decades,” explained Manahan. “I am grateful to have served for so long at such a place as Grace. I am confident in the excellent leadership skills of Dr. Bill Katip as president. I know he will hold fast to the mission while continuing to adapt the methods as necessary to ensure we effectively educate future generations to answer God’s call.”

Katip brings 39 years of higher education experience to the presidency and has been invaluable in guiding Grace Schools through many innovative changes since 2007. “We will continue to grow and adapt,” said Katip. “But as always, there will be no change in our mission, core beliefs and dedication to Scripture.” Katip earned his B.A. in Bible and Psychology from Grace College, M.S. in Clinical Psychology from Purdue University and Ph.D. in Higher Education Administration from Michigan State University. Katip is a member of the Breakfast Optimist Club, currently sits on the board of directors for the Kosciusko Economic Development Corporation (KEDCO) and is a member of the Strategic Advisory Board to OrthoWorx in Warsaw, Ind.