Marking the Death of our Founder 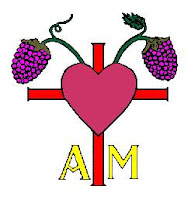 Our eagle-eyed editor, Liz Cutler Gates, spotted a note on an almanac website that this past Saturday, January 19, was the anniversary of the death of Alexander Mack, founder of the Brethren movement. Here is the entry:

1736; Death of Alexander Mack, a German who was one of the founders of German Baptist Brethren, the forerunner of the Church of the Brethren. – The Brethren, an Anabaptist group, emigrated from Germany because of persecution and settled in Germantown in Pennsylvania, U.S.A., where Alexander Mack died January 19, 1736. After his death, his son took over the leadership of the local Brethren.

That founding event–the baptizing of eight believers in the Eder River near Schwarzenau, Germany, will be observed on its 300th anniversary this August 1 and 2 in Schwarzenau.

The six Brethren groups that comprise the Brethren Encyclopedia Project are sponsoring tours and anniversary celebration events. Ted Rondeau of Grace Brethren International Missions is organizing the Grace Brethren tour, and details may be obtained from him at trondeau@gbim.org.

For more information on the Brethren movement check out Complete Writings of Alexander Mack by BMH Books, historical material on www.brethrenencyclopedia.org, and a brief history at http://www.fgbc.org/whoarewe/our-history.cfm