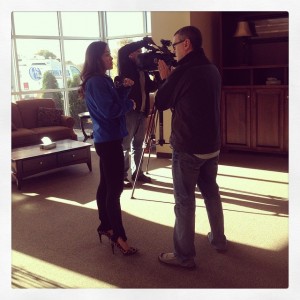 As reported earlier on GraceConnect.us, Gateway Church, a Grace Brethren church in Parkesburg, Pa., will host a candlelight vigil tonight to pay respects to victims of recent crimes in their community. Below is coverage of the event in the West Chester, Pa., Daily Local News. In addition, Scott Feather, who is part of the pastoral team at Gateway, was interviewed by a reporter from WPVI-TV, Channel 6, Philadelphia. A portion of the story from the Daily News appears below. Click here for the complete article.

A church in the area where two recent homicides in Chester County took place will open its doors Friday for those in the community who want to pay respects to the victims, including a 3-year-old boy in West Caln who was beaten to death by his mother’s boyfriend.

Pastor E. Scott Feather of the Gateway Church in Parkesburg said in an interview that he hoped that the candlelight vigil, to honor Scott McMillan and Jacinda Miller, would help those who were shocked by the violence in the normally placid area in the western part of county come together.

“Our church is going to be open, just for a place for people to go, to be quiet, and to honor” them, he said Friday.