MetroGrace, the Charis Fellowship church planting ministry in urban Philadephia, has announced a new church partnership. Read more about it below. (From the MetroGrace April newsletter.) 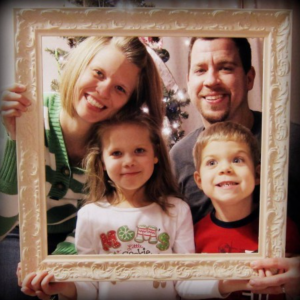 Allentown is the 3rd largest city in Pennsylvania with a population of about 122,000. It is located 60 miles north of Philadelphia. The city was founded in 1762 by William Allen, former mayor of the city of Philadelphia. Its close ties with Philadelphia made it the perfect place to hide the Liberty Bell during the American revolution.

In 1896, Rev. I.D. Bowman of Philadelphia led a small group of people in bi-weekly meetings at Runk’s Hall on Seventh Street in Allentown. Soon the growing congregation was able to purchase a lot and build a facility at 632 North 5th Street where they would serve the Lord for about 70 years.

In the 1970’s the church built a new facility in Bethlehem, Pa. They changed their name to Lehigh Valley Grace Brethren Church. Pastor Ron Guiles, from Philadelphia, played a key role in that process.

For nearly 30 years now, Pastor Larry Humberd has served the Lord at Lehigh Valley Grace Brethren Church. He and his church family have been a great encouragement to Lisa and me, supporting MetroGrace since inception.

So, I was excited to hear that Pastor Larry had connected with Pastor Rick Dobrowolski who is developing an urban church in Allentown. The Brethren history, Philadelphia connections, urban setting, Larry’s relationship and Rick’s passion fit well with the goals of MetroGrace.

Last month, MetroGrace initiated a ministry partnership with Pastor Rick as he develops Allentown Bible Church. We’ll provide some encouragement and support as the Lord works through the Dobrowolskis to build his church.

Pastor Rick’s family immigrated from Poland, landing in the Bridesburg neighborhood of Philadelphia. As they grew and acclimated to life in America, they moved to Lansdale, Pa., where Rick grew up. Rick graduated from Northland International University in Wisconsin where he met his wife Kristen. Later he received a Master of Divinity degree from Calvary Baptist Theological Seminary. He and Kristen have been married since 2004 and have two young children, Jenna and Owen.

Early in his ministry, Rick was able to serve as a member of a church planting team. Later, as that group merged with another, Rick joined the staff. In that role, the Lord burdened Rick for East Allentown. His desire to see the church living in a relational community that is focused on biblical truth led to the development of Allentown Bible Church.

Soon, two families joined the Dobrowolskis to help plant the church. Together they serve their urban neighbors, proclaim the good news and teach the word with relevance. The Lord is gathering a community of believers. About thirty adults and thirty children are connected with the church in some way.

Currently, they are meeting at the East Side Youth Center Social Hall. Rick serves on the board there. It’s a great facility!