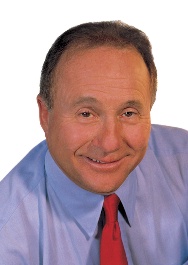 Reagan is heard daily by over five million listeners via his nationally syndicated talk radio program, “The Michael Reagan Show.” The show airs on over 200 stations in the U.S. and for the world at www.radioamerica.com.

Prior to launching the national radio program, Reagan set world records in power-boat racing. His racing raised more than $1.5 million for charities like the United States Olympic Team, Cystic Fibrosis and Juvenile Diabetes Foundations and the Statue of Liberty Restoration Fund. His efforts were recognized when he became a recipient of the Victor Award for outstanding sports and humanitarian achievement.

Reagan serves on the board for The John Douglas French Alzheimer’s Foundation and has authored many successful books including his best-selling autobiography, On the Outside Looking In, and The Common Sense of An Uncommon Man: The Wit, Wisdom and Eternal Optimism of Ronald Reagan.
His latest book Twice Adopted is based on his personal story. He and his wife, Colleen, have two children and reside in Sherman Oaks, California.

The October 20 Winona appearance is free and open to the public.