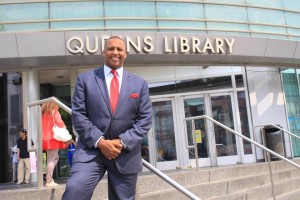 Michael Faulkner, the new vice president of CE National, will be on the Anderson Cooper 360 show tonight (Friday) at 8. He’ll be talking about the NFL kneeling protest.

He shared with Ed Lewis, president of CE National, that he hopes to tell them that one of the best ways to change the direction of the country is not just to protest against something but to serve others and live ON MISSION.