Mabel Hilda “Micky” Kurtaneck, mother of Timothy (T.K.) Kurtaneck, director of church relations and youth leadership at CE National, died on Saturday, November 5. Her late husband, Nickolas, was a Grace Brethren pastor and on the faculty at Biola University. Her obituary appears below. 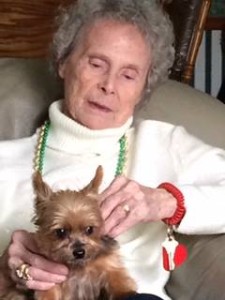 She was a resident of Kosciusko County, Ind., for the past four years. She moved to western Pennsylvania in 1945 as a war bride. Mabel resided in Winona Lake, Ind., from 1953-1959 while her husband attended Grace College and Seminary in Winona Lake, Ind. She lived most of her life in Southern California until she returned to live at Grace Village Retirement Community in Winona Lake in 2013.

In lieu of flowers, memorial donations may be directed to Operation Barnabas Scholarship Fund, c/o C.E. National, P.O. Box 365, Winona Lake, Ind. 46590 and would be appreciated by the family.