Momentum 2016, Before the Mission 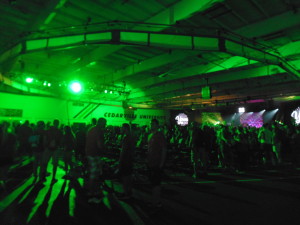 Hearts were pounding this morning in anticipation of Momentum’s On Mission day, where youth groups will be branching out to the communities in and around Cedarville, working and witnessing in God’s name! The Jordan Howerton Band uplifted the crowd and after an impromptu dance party, Momentum welcomed Rick Cartegena on stage. 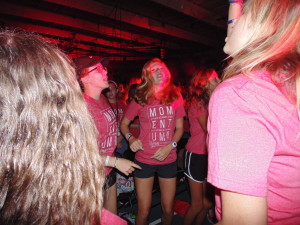 Cartegena was excited about the equipment and empowerment that he has seen God pouring into this year’s students in preparation for On Mission. He was quick to have them understand that one does not need to be perfect to lead someone to Christ; only to know and live out the character of their God.

Cartegena’s road to Christ has been a long one. It started with smoking stolen cigarettes with his friends at age 12. At 13, it was marijuana. The drug use affected Cartegena’s school work, leading to him getting kicked off his JV football team; then out of school altogether.

His first arrest came when he was 15, smoking marijuana… on a church roof! His second and third arrests came within the next two years, until his fourth felony at age 18. He was convicted and sentenced to 15 years jail time. Cartegena admitted that, besides using and selling drugs, he was one of the founders of the wickedest street gang in Philadelphia history. One of the people who would put contract hits out on rival gangs, when their own members didn’t carry it out themselves. 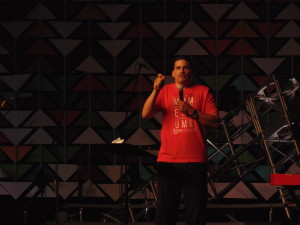 “The blood of Jesus is still flowing for my sins.” Cartegena declared. “I was in prison, where my life had fallen in on me.”

But through fallenness, Cartegena was opened to the Scriptures through a chapel service and a preacher who was ‘armed and dangerous’. Two weeks later, he received two Bible study lessons. Needing to find hope, he read through them. Reading about Heaven, Hell, sin and grace, it was like God entered Cartegena’s cell and ‘mugged’ him! And on his knees, in a jail in 1989, Cartegena was humbled and submitted himself to Jesus Christ!

It was not an instant transformation, but now there was hope… there hadn’t been that before. Cartegena was pre-released after 5 years for good behavior. His skeptical counselor told him that he would be back. Cartegena did come back… to preach the gospel to other inmates!

Cartegena’s message for On Mission this morning was for the students to bring hope! People not knowing Jesus, don’t know the relief of His hope… he encouraged and prayed for them to bring hope to these people.