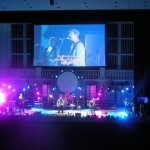 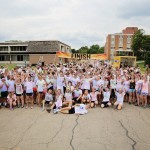 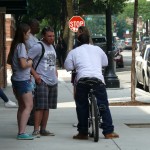 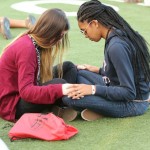 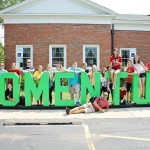 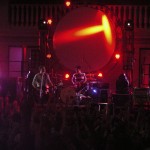 More than 2,000 students attended this year’s Momentum Youth Conference, held July 22 – 27 at Wheaton College in Wheaton, Ill. The event featured dynamic speakers such as Kyle Idleman, Sean McDowell, Afshin Ziafat, Jeff Bogue, Greg Stier, and Clayton King, speaking on this year’s theme, “Not a Fan.” Students from dozens of churches from across the U.S. were welcomed at the conference, and including a youth group all the way from Yangdong Jeil Church in Mokpo, South Korea.

Encouraging students to go beyond the motions of Christianity to discover the person of Jesus and fully embrace the cost of following Him, Momentum speakers and events offered many opportunities during the week for students to practice that very concept.

Each day, students had the opportunity to participate in a variety of activities, including soccer games, rock climbing, a color run and obstacle course, and daily ministry in the city of Chicago. Hundreds of students recommitted their lives to Christ or made first-time decisions to follow Him.

In a conference of 2,100 attendants, more than $21,000 was collected as an offering, to be used to send aid to the Central African Republic (through Encompass World Partners and missionary Barb Wooler), an orphanage in Haiti through NuLife Ministries, and Urban Hope, an inner-city ministry of CE National in Philadelphia. The offering also helped support efforts in Chicago outreach during the week of Momentum as well as assisting the poor in Chicago.

On Saturday, students traveled by bus, van, subway, and train into the city, joining festivals, visiting hospitals, helping people move, performing card tricks for an audience, splashing in fountains with young children, talking to homeless men and women, and spreading the love of God through the city of Chicago. Their goal was to share the gospel to 10,000 people, each individual starting up a conversation with five strangers throughout the day.

“Momentum was a phenomenal week of God working in the lives of students,” said Dave Rank, senior Momentum coordinator for CE National, the organization that sponsors the event. “Over 1,000 known commitments to Christ were made during the week – salvation; repentance from sin; and committing to move from just being a fan of Christ to a follower of Christ.”

Momentum 2015 is set to be held next July 14-19 at Indiana Wesleyan University in Marion, Ind.

This article first appeared in the Fall 2014 issue of GraceConnect. If you’d like to receive the magazine, mailed directly to your home at no charge, click here.