Grace College and the National Christian College Athletic Association held their annual pre-tournament banquet at Warsaw Community Church Tuesday night as the NCCAA Basketball Championships were set to begin on Wednesday. Below is a report from the event, which included Grace College’s own Martin Schiele, who participated in a panel discussion, and recognition of Grace men’s coach Jim Kessler’s four decades of coaching. A portion of the story, which appeared at the online news site, InkFreenews, is included below. Click here to read the complete article. 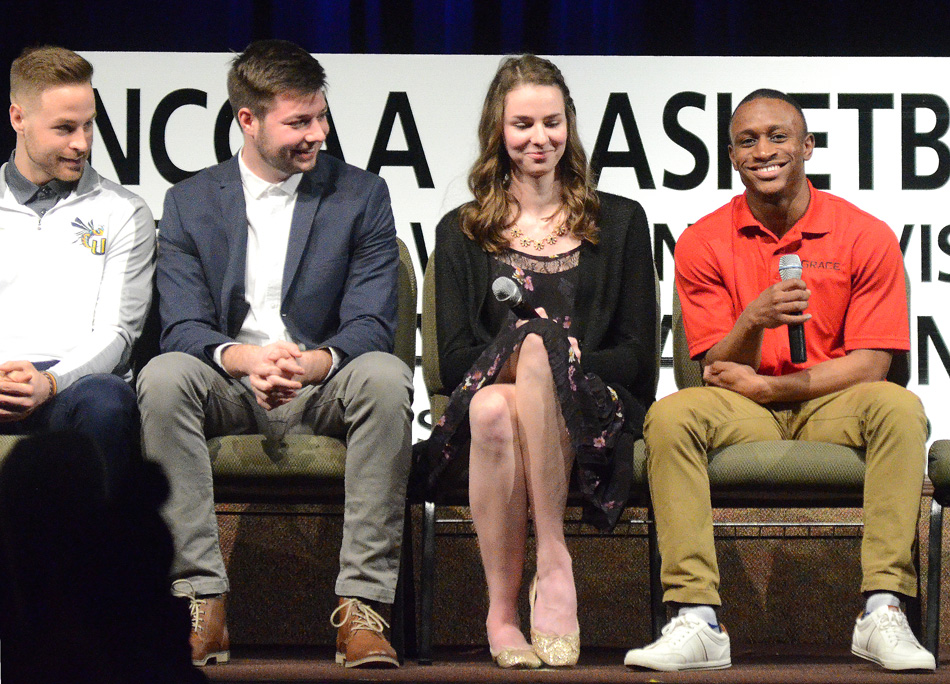 Grace College and the National Christian College Athletic Association held their annual pre-tournament banquet at Warsaw Community Church Tuesday night, and with the completion of the event, the NCCAA Basketball Championships were set to begin Wednesday.

Tuesday’s banquet marked the 11th year that Grace has hosted the national tournament — the college became the site of the women’s tournament in 2009 and began hosting both the men’s and women’s tilts in 2012 — and NCCAA Executive Director Dan Wood thanked Grace for its role in the tourney during that span at Tuesday’s ceremonies.

“This is 11 years in one way or another of hosting the national championships here at the Manahan Orthopaedic Capital Center,” said Wood. “The effort and the task that it is to do that — eight of those years as I understand are the men’s and women’s championships together — I think we all collectively, the thousands of hours that they’ve put that are now going to show up this year for you rolling out the red carpet, student-athletes, coaches, guests, we need to thank Grace College and all the effort that they’ve put into what’s going to happen the next few days.”