Ndango to Report on C.A.R. 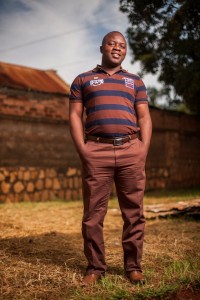 Farel Ndango will report on the situation in the Central African Republic.

A first-hand report on the situation in the Central African Republic will be featured at the Winona Lake (Ind.) Grace Brethren Church (Bruce Barlow, lead pastor) on Sunday. A story at the online news site, Stacey Page Online, reports the story. A portion appears below. Click here for the complete article.

Farel Ndango, Water for Good director in the war-torn country of Central African Republic, will give a first-hand eyewitness report on his country’s situation at 6 p.m. Sunday, June 22, in the worship center of Winona Lake Grace Brethren Church, 1200 Kings Highway, Winona Lake. The program is free and open to the public and will include a question-and-answer time.

Ndango, who has worked with Water for Good since 2005, remained in the capital city of Bangui through the violence, even though he at one point had to flee his home and move his family to an internally displaced peoples’ camp (IDP camp).

The C.A.R. has regularly suffered from poverty and political instability, but the recent violence has turned neighbor against neighbor. Over the last 12 months, nearly one million people, roughly 20 percent of the population, have fled their homes because they feared attacks from roving militias and rebel groups.