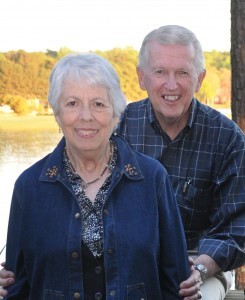 Many thanks to those who sent a contribution designated toward the travel expenses of John Schumacher, endorsing agent, for his two-week ministry trip abroad, at the invitation of the Liberian government, for the purpose of training their military chaplains, including sessions on ethics and ethical decision making.  John completes his ministry this week and will write up a brief summary of his trip for the next letter to the Eagle Commission.  Prior to his departure, John notes in an email:  “Three shots today—Yellow Fever, Tetanus, and Typhoid Fever . . . all to prepare for Liberia.  I deserve a purple heart!” Martha Schumacher wrote in an email to me this week, “Prayer is needed concerning the Iceland volcano.  It could affect John’s transit through Brussels on the way home.  He leaves Liberia about 1:00 p.m. (Phoenix time) on Friday and will be in transit for 30 hours.” Hopefully, by the time you receive this newsletter, John will be safely home.  Again, your gifts in support of this ministry opportunity are gratefully acknowledged!  Additional funds are yet needed to cover the expenses, so feel free to consider a contribution, designated, “Schumacher – Liberia Trip” on your return envelope.  Thanks! 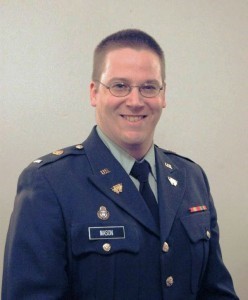 One of our Army Reserve Chaplains, Jeffrey Mason, currently serving with the 134th Field Artillery Regiment of the Ohio National Guard, is preparing to deploy with his unit to Afghanistan.  This will be Jeff’s second deployment, his first a couple of years ago to Iraq.  “We start our training at the end of July,” he writes.  “I have been informed that there will be a few hundred more Soldiers attached to my unit for the deployment.  That means I will probably have over 800 Soldiers to take care of and they will be spread throughout Afghanistan.  I will be doing a lot of traveling either by road or by air or both.  We will begin heading over to Afghanistan in the late fall.  Please pray for my Soldiers.  There are a lot of issues that they are facing.  There are a lot of very young Soldiers that are going over and I know many are scared or apprehensive about the deployment.  Pray that they will be open to the Gospel. Thank you all for the prayers and encouragements.” Jeff also mentions in that same communication that he may have to undergo treatments for a knee injury that occurred during his prior deployment, which may prevent him from deploying with his troops in the fall.  Jeff desires that we pray for complete healing of his knee because he desires greatly to serve with his Soldiers in Afghanistan. 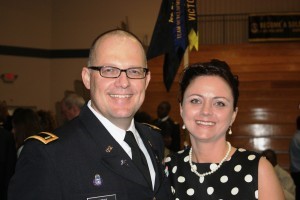 Army Chaplain Richard Hurst, currently serving with his Soldiers from Fort Drum, NY in Jalalabad, eastern Afghanistan, recently wrote an article on prayer for The Revolver, the monthly newsletter for Fort Drum.  He writes, “As the Six Shooters’ Chaplain, I always end my counseling with prayer.  Prayer catapults us onto the frontier of the spiritual life.  Of all the spiritual disciplines, prayer is most central because it ushers us into perpetual communion with the Father.  Prayer is life-creating and life-changing.  To pray is to change.  The closer we come to the heartbeat of God, the more we see our need and the more we desire to be conformed to Christ.  I ask that you continue to present your prayers to God for all the Soldiers and civilians serving here in Afghanistan.  The Father continues to protect us, and I believe it is because of the power of the prayers that are continuously lifted up for us all.” Please pray for Chaplain Hurst as he ministers to the Soldiers entrusted to his care in eastern Afghanistan.  And pray for his wife, Star, as she ministers to the wives at Fort Drum.

For a number of months, John Schumacher has worked with the Alliance Defense Fund and other endorsing agents and concerned retired senior chaplains of the Armed Forces, expressing concerns and organizing efforts in response to the repeal of “Don’t Ask, Don’t Tell” and, more recently, the failed attempt by the Navy to allow for same-sex marriages on Navy installations.  This week, a joint letter, signed by numerous endorsing agents from evangelical and like-minded faith groups, was sent to the Chiefs of Chaplains of the Army, Navy, and Air Force, with copies going to many U.S. Congressmen and Senators.  Some brief excerpts from that letter:  “We, the undersigned endorsing agents, represent faith groups that have tens of millions of members and who endorse over a thousand military chaplains to provide for the spiritual and moral needs of service members.  Chaplains have a tremendous moral responsibility to insure that when they preach, teach or counsel, they do so in accordance with their conscience and in harmony with the faith group by which they are endorsed.  No American, especially those serving in the armed forces, should be forced to abandon their religious beliefs or be marginalized for holding to those beliefs.  Service members should know that chaplains’ ministry and their own rights of conscience remain protected everywhere military necessity has placed them.  We hope that you will join us in urging DoD [Department of Defense] and Congress to adopt such specific and intentional conscience protections.” Pray for John Schumacher and his colleagues in the endorsing community as they provide needed direction on these issues at the highest levels.