Next Chapter of Ministry

“It has been a tremendous honor to have been a part of what God is doing through the ministry of Encompass, the Charis Fellowship, and the Charis Alliance.” 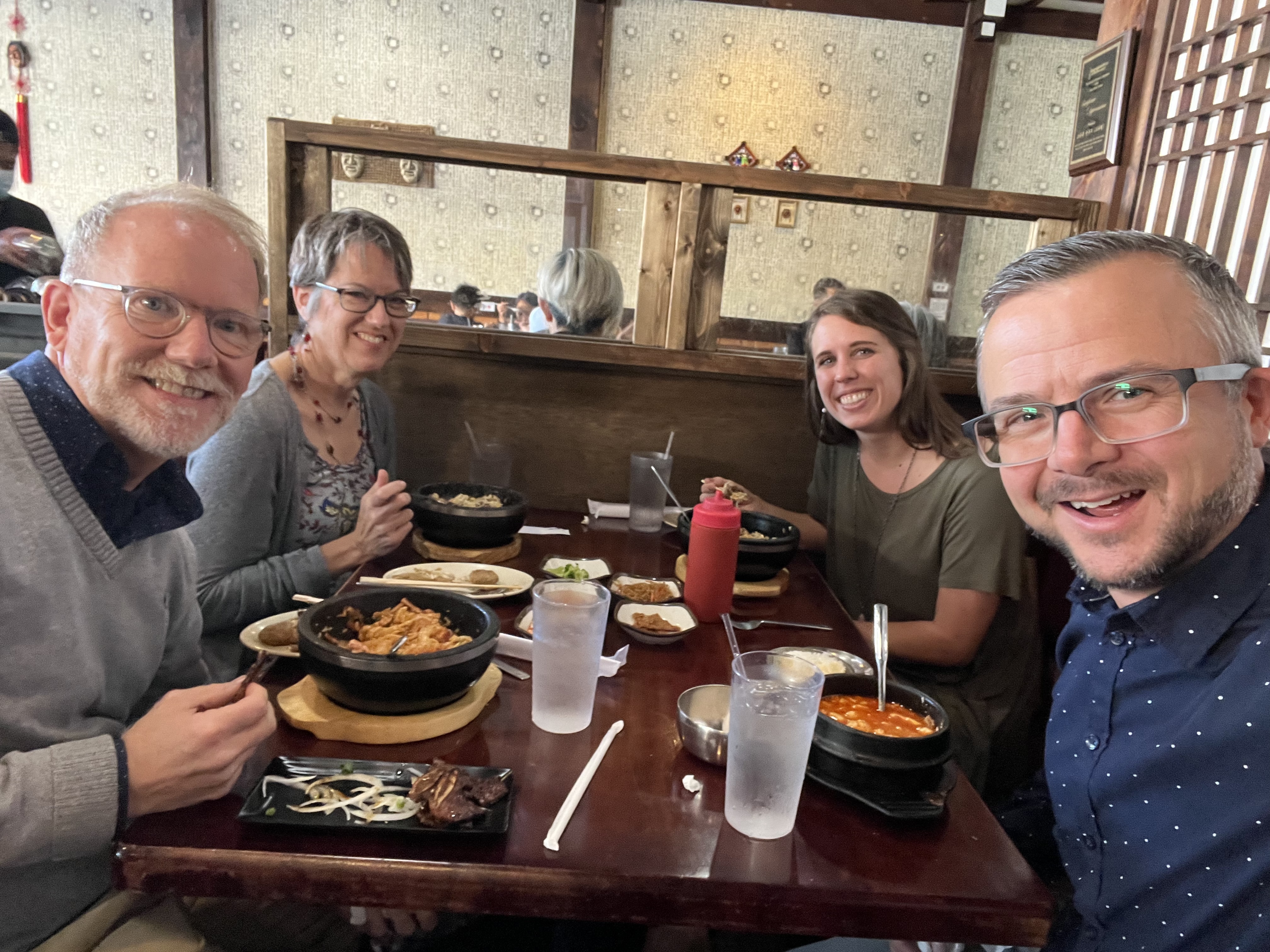 Last week, John Ward stepped down from the role of director of mobilization at Encompass World Partners, a position he has held since 2014, to pursue another ministry opportunity.

John connected with East Side Grace Brethren Church in Blacklick, Ohio, during his senior year of high school. While there he encountered the Gospel on a deeper level, and upon graduating from college he returned to East Side to work with young adults. While there, he met his wife, Kate, who had just completed an internship with Encompass in London, England.

“I credit her with being my mobilizer,” John said. “Kate had such a passion and zeal for missions. I didn’t have a passport and hadn’t traveled much. As we dreamed about what our future together could look like, we felt a pull towards missions but didn’t know what it would look like.”

After John and Kate married, they served a year and a half in London, reaching out to university students while also producing videos for Encompass. When they returned to the United States, they volunteered with Encompass as mobilizers and video producers. “God had taken Kate and me around the globe to do video work and we had exposure to a number of encompass fields through that,” John said, noting they have traveled to 10 countries with Encompass.

“God used a number of circumstances to help me realize a passion to connect the next generation with the heart of missions,” John said. In 2007 when Kip Cone was stepping down from his role as a mobilizer to pursue full-time ministry in Winona Lake, Ind., John came on staff with Encompass to fill his place.

John and Kate moved to Atlanta in 2012 when Encompass relocated their main office there. In 2014 John moved into the role of director of mobilization and has spent the last eight years building connections with churches and ministries as well as representing Encompass on college campuses and at conferences.

“I have been blessed to be a small part of the journey of people who are doing profound things for God all over the world,” John said. More specifically, he is encouraged and blessed by those who previously served on his mobilization team that are now serving or preparing to serve in the field in Columbia, Hawaii, Western Asia, and Central Asia.

John’s next role will be manager of client relationships at WinShape Teams, part of the WinShape Foundation, a ministry started by Chick-fil-A Founders Truett and Jeanette Cathy. John said, “This role will align with passions that I desire to focus on in this next part of my journey through team and leadership development, along with business as missions.”

In this role John will oversee client relations as WinShape Teams works with nonprofits, ministries, organizations, and businesses to develop healthy teams through team retreats, leadership summits, and personal and professional coaching. John, Kate, and their three sons will remain in Atlanta, and Kate will continue her video editing work with Encompass.

John said, “We have prayerfully moved toward this opportunity and God opened the door. In so many ways He’s shown that this is the next chapter of ministry for me and that’s been encouraging and affirming.”