Services for Nicole Beguin, the 2013 Grace College graduate who died early Saturday morning in a motorcycle accident, will be Thursday, August 14, 2014, in Plymouth, Ind. Additional information and her obituary appear below.

Nicole Renee Beguin, 23, passed away at Memorial Hospital of South Bend from injuries due to a motorcycle accident on Saturday morning, August 9, 2014. 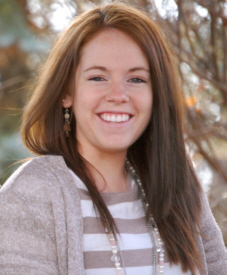 Nicole graduated from Plymouth High School with the class of 2009. She served as a manager of the Plymouth High School boy’s tennis team for two years, and was heavily involved in the drama department in high school and the Crimson Connection. Nicole then furthered her education through Grace College in Warsaw and Bethel College in South Bend, graduating with an associate’s degree in nursing in 2013. She was also an accomplished tennis player through high school and while attending Grace College.

Upon graduation and passing her national and state boards, Nicole worked as an emergency room registered nurse at Memorial Hospital in South Bend for the past year, a job she was very passionate about.

Nicole was a member of the Crossroads Church in Plymouth and went with her church in the summer of 2011, on a mission trip to Haiti. She loved to sing and play guitar, taking lessons from her older sister, and enjoyed catching fish when they were out on the boats fishing. She was a fan of the Chicago Blackhawks, the Bears and the Cubs. Nicole also enjoyed motorcycle rides with her boyfriend, Andy Pavolka.

She is survived by her loving parents, Dwight and Julie, her sister, Michal Joy, and her brother, Josh, all of Plymouth. Also surviving is her paternal grandfather, Claudius Beguin of Shorewood, IL, maternal grandparents, Ron and Barb Durham of Joliet, IL, numerous uncles, aunts and cousins, and her beloved cat, Bailey.

Nicole was preceded in death by her grandmother, Mary Jane Beguin.

Funeral services will be at 11:00 a.m. on Thursday, August 14, 2014 in the Crossroads Church, with Pastor Scott Yoder officiating. Visitation will resume one hour prior to the service in the church.

Burial will be in the New Oakhill Cemetery.

Nicole’s family would like to personally thank all the staff at Memorial Hospital, especially the ER staff, and the paramedics on the scene for trying to save the life of their fellow co-worker, and for the respectful care and compassion shown to herself and her family.