No More ‘Atta boys’ From Ellie 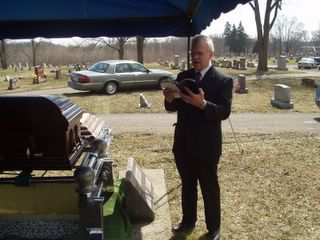 As we were preparing final copy for the May/June issue of FGBC World – the week between Palm Sunday and Easter – we received word of the death of my Grace College journalism professor, Elener Norris Grossman, after her 31-year battle with cancer.

Ellie, as she liked to be called after we passed the “Miss Norris” stage, was a bright star growing up as a farm girl here in northern Indiana. From the archives of the local newspaper, you learn the following:

At age 15, in 1951, she “scored heavily” with her 4-H exhibit at the Indiana State Fair on “Be Wise, Pasteurize” (she showed electrical and quick methods of using a double boiler). That year she also won first place in the “county senior dress revue” as a member of the Franklin 49er’s 4-H club at Leesburg, IN.

In 1952 she gave her “prize winning demonstration on pasteurization” at Purdue University’s Rural Youth Club events in West Lafayette.

In 1954 she won the Daughters of the American Revolution “Good Citizen’s Contest” as a high school senior. In 1954 she won a cash scholarship at the Indiana State Fair to the college of her choice as one of five state 4-H home economics club winners. She was valedictorian of her class at Beaver Dam High School.

I first encountered her, as a college freshman journalist, when she was teaching English and journalism and advising our student publications at Grace College.

Later her life moved on. She married Gil Grossman and had a son, Luke, of whom she was fiercely proud as he distinguished himself in his military career.

In recent years she gave great amounts of time to volunteer missionary service—usually with literature and bookstore ministries in Great Britain and other European countries. In all, she made 24 such missionary trips. By now she and Gil had relocated to the historic community of Jonesborough, Tennessee.

She kept in touch with many Grace grads—my wife and I had dinner with her and Gil last summer when FGBC national conference was in Kingsport, TN, and GBIM missionary Margie Hull stayed with the Grossmans during conference. By then she was severely weakened after yet another round of chemo.

The Sounding Board, the Grace College newspaper, had a 50th anniversary reunion this past November at Homecoming and she sent greetings and anecdotes from her days as student publications adviser.

Is there anyone from your “past” you could encourage today? A note, e-mail or call might come at just the right time.

Thanks, Ellie, for your impact on several generations of Grace journalism graduates. Now…I have some notes I need to write…