Kary Oberbrunner, who served for 11 years on staff at Grace Church, a Charis Fellowship congregation in Powell, Ohio, was featured Friday in the Community News section of the Naperville, Ill., Sun. A portion of the story appears below. Click here to read the complete article. 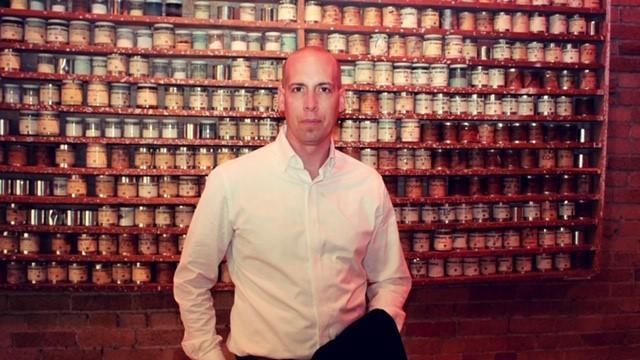 What’s the most powerful weapon on earth?”

Kary Oberbrunner was asked this question many years ago. The problem was, he didn’t have an answer.
After a few attempts at guessing incorrectly, his friend Chet Scott, founder of Built to Lead, provided the answer. “The most powerful weapon on earth is the human soul on fire.”

Those words, first uttered by French General Ferdinand Foch, pierced Oberbrunner’s heart. He couldn’t shake them. Little did he know that igniting souls would one day become his personal and professional mission.

Growing up, Oberbrunner didn’t feel much like a soul on fire. As a child, he suffered from a paralyzing speech disorder that threatened his self-confidence. He directed that frustration back at himself and fell into an addiction to self-injury. Throughout his young adult years, he battled with seasons of depression.

Appearances don’t often tell the full story. Back in high school, he looked successful on the outside-captain of the wrestling team, loving family, steady girlfriend. But on inside he was just trying to survive.

By working with a counselor, he learned how to pour out his pain on paper rather than his skin. Writing provided a safe space where he could work out his angst. Over time he experienced a profound transformation. As his perspective changed, so did his life.

He wanted to help other people caught up in personal and professional darkness. Following in the footsteps of his father, he became a minister. He served in that role for 12 years, first in Indiana and later in Ohio. Although he could impact his local community on a daily basis, he wanted to reach people on a global scale.