Greg Howell, senior pastor at Community Grace Brethren Church in Goldendale, Wash., died on November 21, 2021. Greg served as secretary for the Charis Fellowship Council for more than 30 years and was involved in various committees for Grace College and Theological Seminary. A version of his obituary appears below. 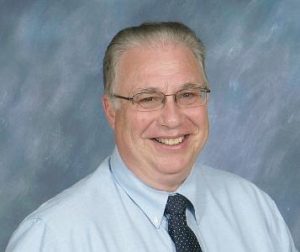 Greg was born to LeRoy and Juanita (Denbeigh) Howell on March 24, 1954, in Spokane, Wash. He breathed his last breath on earth and first sweet heavenly breath on November 21, 2021.

On June 19, 1976, he married his high school sweetheart, Colleen Jones, in Sunnyside. Together they raised 9 children and have 17 grandchildren.

Greg was actively involved in his children and grandchildren’s lives. He loved his family dearly and prayed for them daily. He always made time to talk and listen to each of them.  His family fondly remembers their loving husband and father’s amazing dad jokes, his ability to fix anything, his cheese ball recipe, and his love of snickers. His passion was preaching the Gospel and enjoying his many hobbies including reading, building, HO trains, museums, history, and coin collecting.

After marriage, Greg served as youth pastor and then associate pastor in Warsaw, Ind., from 1977–1981. Greg and Colleen came to Community Grace Brethren Church in Goldendale, Wash., in 1981, where he remained as senior pastor until his death. The Grace Brethren Church community, as well as the Goldendale community, was an intricate part of Greg and Colleen’s lives. Greg was a 4-H leader, AYSO soccer coach, and was very involved with the Christian School and Goldendale Christian Fellowship. He also served on several committees for Grace College and Theological Seminary, as camp director for the Clear Lake Grace Brethren Camp in in White Pass, Wash., and taught seminary classes with the Ezra Bible Institute located in Sunnyside, Wash., and taught in Sierra Leone, Africa.

A Celebration of Life will be held in Goldendale, Wash., on December 18, at 1:00 p.m. at Community Grace Brethren Church. A livestream option is available here. In lieu of flowers, camp scholarships can be sent to: NW District Youth Council, PO Box 819, Prosser, WA 99350.