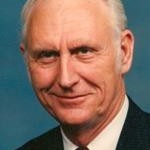 Dr. William Leroy Walker of 269 Grace Village Drive, Winona Lake, Indiana, passed away on Tuesday, December 14, 2010, at 10:17 p.m. at his residence in Grace Village Retirement Community, Winona Lake at the age of 78.

He was born on January 4, 1932 in Flagler, Colorado, to Roy Fred Walker and Jeanette (Teter) Walker. On June 27, 1954 he was married to Donna Jean Troyer, who survives.

He graduated from Kirksville State College (currently Truman University). After receiving his D. O. degree from Kirksville College of Osteopathy and Surgery, Kirksville, Miss., in 1957, he served a one-year internship in Orville, Ohio, at Osteopathic Hospital.  He moved to Rittman, Ohio, where he practiced as a family physician and was the team doctor for the athletic teams. He was involved in his church and community through organizations such as the Lions Club and PTO, and in 1972 was chosen Citizen of the Year.

From August 1969 to June, 1971, he and his family traveled to the Central African Republic where he served as a missionary doctor with the Grace Brethren Church, providing much-needed surgeries and administering healthcare and training to the African people at the station of Boguila and many bush dispensaries.

Two years after returning to Rittman, he decided to become a full-time medical missionary and moved his stateside residence to Winona Lake, Indiana, where he shared a home with another physician–alternating two-year missionary terms and trading homes so as to supply medical care on the field at all times.

After retiring from missionary work in the early 1990s, he continued his private practice in Warsaw, Indiana, retiring from practice in 2001. He served as the chief of staff at Kosciusko Community Hospital in the 1990s. He was awarded a Special Person award from many of his medical colleagues.

As a semi-retired, he served as a physician at MedStat. He volunteered on the board at Grace Village Retirement Center and Lakeland Christian Academy and in various capacities in his church. He once sang bass in a traveling men’s gospel quartet–“the Brethren Four.”

He was a resident of Kosciusko County, Indiana, for the past 35 years, and a member of Winona Lake Grace Brethren Church.

Memorial donations can be made in Dr. Walker’s name to go towards well drilling to Integrated Community Development International a non-profit, faith based organization working in Central Africa. Checks can be made payable to ICDI, P.O. Box 247, Winona Lake, Indiana 46590.