WKEF, the FOX television affiliate in the Dayton, Ohio, area, is reporting on a fire Saturday that destroyed the building of a sister congregation in Darke County, Ohio. Shiloh Old German Baptist Brethren Church – New Conference is part of a group that traces its spiritual heritage to German Anabaptist/Radical Pietist religious leader Alexander Mack, just as the Charis Fellowship does. A portion of the story appears below. Click here to read the complete article. 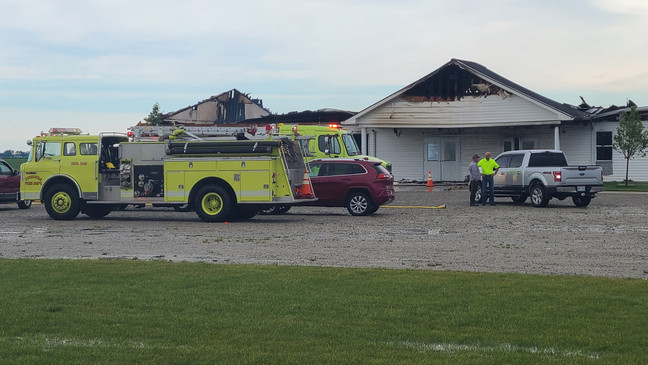 FRANKLIN TOWNSHIP, Darke County, Ohio (WKEF) — As many as 15 fire departments responded to a fire at a church early Saturday morning.

The fire at Shiloh Old German Baptist Brethren Church on Delisle Fourman Road in Darke County was reported about 6:30 a.m.

Tracy Mong, Pitsburg Fire Chief, said that the building is a total loss. Their volunteer department immediately called for aid from a second department. Before even arriving at the church, Mong said they had called a second-alarm, which asked for help from another department.

“It was going good when we got the call,” Mong said.

Mong said that strong wind was a factor in fanning the flames. And, with its rural location, water had to be trucked in, which complicated the attack.