Orme: ‘DaVinci Code’ Nothing to Fear 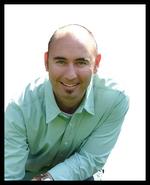 Church has nothing to fear from ‘Da Vinci Code’

With more than 40 million copies of the book sold in the last few years, a barrage of advertisements and movie hype, The Da Vinci Code is creating quite the buzz.

Does this sure-to-be blockbuster surmount to a devastating assault on the Christian faith or is it harmless entertainment? Should the typical Christian or Catholic feel comfortable delving into their wallets to pay see Ron Howard’s film, which opens Friday?

In regard to the church, this movie deals with a subject matter that’s sacred: the deity of Jesus, the authority of the four Gospels, the validity of the church. These things are serious business.

In this sense, Dan Brown’s book does the church no favors.

But many evangelicals are hoping that the church will use this movie as an opportunity to engage nonbelievers with the truth in the Bible.

Willow Creek Community Church, the famed megachurch in suburban Chicago, released a 4-session DVD, shot on-site in Paris, to use in a small-group setting to help people discover the real Jesus through The Da Vinci Code. Droves of churches are wrapping their preaching series with Code-esque themes to draw people into the conversation, too.

Of course, there are critics–people who would scoff at the idea of using movies for redemptive purposes–but, for the most part, the church seems to be riding out the Code bandwagon and using the props of Dan Brown to conspire for good.

However you look at it, Jesus is a controversial subject in our culture, and He has been for 2,000 years. Whether Jesus is being portrayed too graphically, a la The Passion of Christ, too Hollywood or too human, people will always be talking about who Jesus is.

So how should we react to this particular conspiracy-driven pulp fiction that says Jesus was married to Mary Magdalene and started a family with her?

Well, we can start off by nailing down what we believe and why. Those who consider themselves followers of Jesus should be ready to respond with the truth, but it should be overflowing in grace as well. In other words, we don’t need to get mean.

Perhaps this is a small wake-up call for the church. Professor Scott McKnight of North Park University in Chicago said, “I hope we use this movie to press the church to learn to be more credible, trustworthy and full of integrity.”

No doubt the many controversies and downfalls within the church have made people more suspect to the truth it upholds.

The church needs to be above reproach, so that conspiracy theories aren’t even an enticing alternative. When the church is doing what it’s supposed to, it’s radical enough to quell any conspiracy theory of church suppression, for sure.

Bottom line: The church has no need to be nervous; conspiracy theories will always come and go–even the ones on the best-seller list. In reality, the most scandalous plot will always be the fact that the Bible is the best-selling book of all time, and the story of the Gospel–God sending his son to die on a cross for the sin of mankind–is more subversive than any theory we could ever imagine on our own. It’s what the author Dallas Willard calls the “Divine Conspiracy.”

In the end, Dan Brown’s book and soon-to-be film is proof that people will always thrive on conspiracy, even if it is fiction. But that doesn’t mean that the church can’t conspire to use a little pop culture to point to authentic biblical truths, either.

Brian Orme is the associate pastor of Community Grace Brethren Church in West Milton. Contact him at (937) 698-4048 or visit www.brianorme.com.