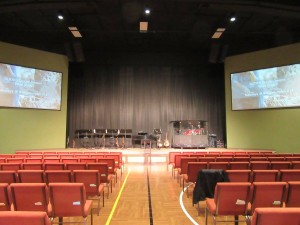 The $2,225,000 project was accomplished debt-free and with reserves for the parking lot that will be finished in the spring, according to Pastor Greg Serafino.

The project was made possible by two gifts totaling $3 million, which included funds for new construction, remodeling existing facilities, and an allocation to hire a Family Pastor and pay his compensation package for at three to four years. (John Contreras joined the staff last year as family ministry pastor.)

According to Serafino, the church previously had three connected buildings totaling 38,000 square feet. “Our plan was to renovate,” he said, “and the more we talked, it kept getting more expensive to renovate the current square footage.” They decided to tear down the existing facilities except the 100-by-100-foot steel building that served as their Worship Center and start over.

For a year, they moved worship services into a different portion of the building while the Worship Center was renovated and additional facilities were constructed. Ultimately, the former Worship Center was transformed into a commons area, a playground, a reception area, and the Worship Center.  Two 75-by-100-foot wings were added to the north and to the south. The south wing is dedicated space for children’s ministries. The north wing houses a large youth room, a new kitchen, five Adult Bible Fellowship rooms, a ministry called Michiana Biblical Counseling Center, and the church offices. 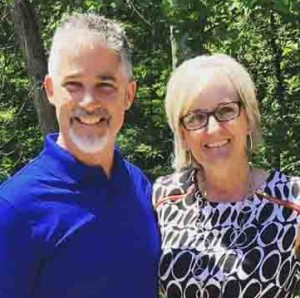 “We went from a 10,000 square foot Worship Center to slightly less than 6,000 square feet, but with the audio visual changes and other improvements, it is a better use of the space,” he says. “We can still seat 375 people where our old Worship Center could seat up to 500. However, the Commons area has changed the dynamic of our interactions because we now have a pleasant, comfy, and inviting place to hang out before and after church. Our new total 26,000 square feet is laid out much better without a lot of wasted hallway space.”

“We are excited about how God has used all of this to touch so many lives already,” he concluded. The project was aptly named, “Growing to Glorify,” and followed the theme verse of 2 Peter 3:18:  But grow in the grace and knowledge of our Lord and Savior Jesus Christ. To him be the glory both now and to the day of eternity.