Our Identity is Tied to the King of the Universe

“Our identity is tied to the King of the Universe, who took our sin and forgave us, and gave us the righteousness of Christ,” Scott Feather reminded the audience at Access2017, the national conference of the Fellowship of Grace Brethren Churches (FGBC) on Thursday evening. Feather is the senior pastor at Gateway Grace Church in Parkersburg, Pa.

Speaking transparently about identity during the last session of the conference, he shared how he’d been blessed to grow up in a pastor’s home in the FGBC and had many opportunities.

“I was referred to as a poster child,” he said. “I did all the right things.” He listed activities such as quizzing, Operation Barnabas, attending Grace College, etc., where, over time, he succumbed to the pressure in those situations. “I began to place my identity in places it did not belong.”

He took the audience to Zachariah 3.

“Satan can stand there and accuse in crazy ways,” he stressed. “I even gave him ammunition.”

“Identity and understanding our position in Christ makes all the difference in the world,” he said.

“All I have done is because there were examples before me,” he noted, sharing how he learned from Ed and Polly Jackson, Clancy Cruise, Tony Webb, and Nathan Wells, among others.

That’s the way God has pre-arranged the church,” he said. “We need to encourage each other.”

It was the conclusion to a day which began with the CE National breakfast and corporation meeting in which reports from the ministry of the church equipping agency were heard.

At lunch, the annual meeting of the Fellowship of Grace Brethren Churches was held. During the meeting, delegates approved several changes to the constitution. One added the identity statement, known as the Commitment to Common Identity. It also provides updated requirements for a congregation of believers who desire membership in the FGBC, including an agreement to “cooperate harmoniously within the parameters outlined by the Charis Commitment to Common Identity and the Position Statement.”

A second motion was related to the position statements, often called the “fourth cluster” of the Commitment to Common Identity in which items will be included that relate to the culture of a particular country. Clancy Cruise, executive director of the FGBC, noted that these statements will be statements of value and will have clarity, brevity, and unity. “We are not going to give you something that does not meet those criteria,” he stressed. These statements will be considered binding, though they may have some similarities to recommendations from the Social Concerns committee, which are non-binding.

Cruise, who serves as pastor of Grace Church, Marysville, Ohio, noted in his report that his prayer has been, as he leads, “give me ears to hear.”

Noting that everything is bathed in prayer, he said, “The decisions that we bring before you will help us all be the best disciples of Jesus we can be.”

Earlier in the meeting, Don Shoemaker, chair of the Social Concerns committee, presented the committee’s 2017 report. Proposed resolutions were passed, including a statement on civility and an update on religious freedom that included an urging for churches in California to “vigorously oppose” AB 569, which would prevent religiously affiliated institutions from setting any “code of conduct” or practicing any form of discipline on any employee with regard to procuring an abortion (euphemistically called “reproductive health care decisions.” The resolution also encouraged churches and religion-based institutions to refuse to comply with the requirements of measures like AB 569, should they become law.

Other resolutions relating to protection of human life, definition of marriage, gender identity issues, and immigration reform were also approved.

The regions are based geographically.

The day was also again filled with opportunities for conference attenders to participate in one of several cohorts, with morning and afternoon sessions that provided opportunities for people to share ideas and get encourgement. 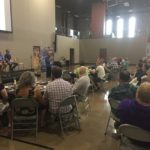 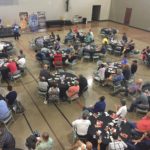 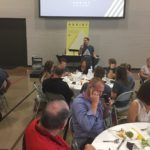 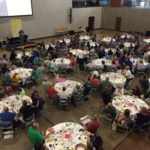 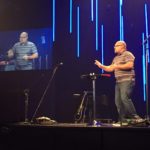 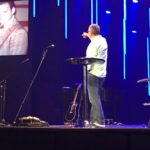 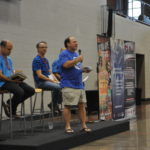 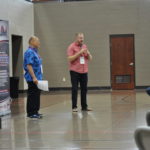 CE National breakfast…Jeff Bogue was named to the CE National Wall of Honor. 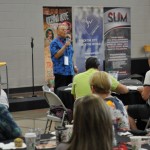 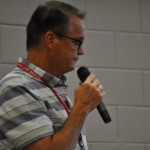 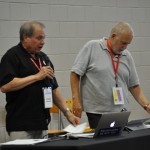 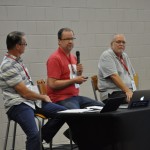 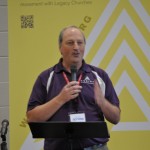 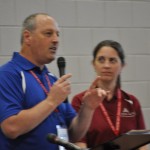 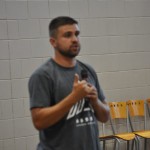 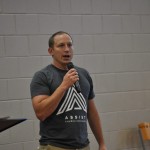 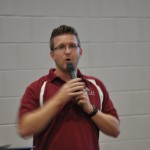 Assist dinner — Scott Avey reports on the progress of a new church in Brunswick, Md. 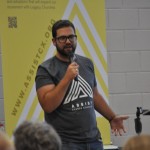 Assist dinner — Erik Jensen shares how God called he and his wife, Austen, to work with the team at Cambridge, Ontario. 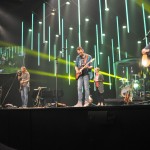 Jeremy Byng and the all-star group of FGBC worship leaders continued to lead worship on Thursday.