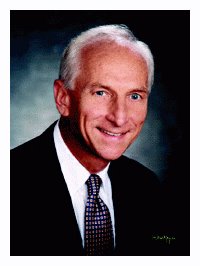 Dr. Paul R. Corts has been named the fifth president of the 30-year-old Council for Christian Colleges & Universities (CCCU).

The selection of Corts, who has served as Assistant Attorney General for Administration for the U.S. Department of Justice since 2002, was announced at the CCCU International Forum on Christian Higher Education in Dallas, Texas, on March 31. Succeeding current CCCU President Bob Andringa, who announced his upcoming retirement in April 2005, Corts will assume the office of president in the CCCU headquarters in Washington, D.C. in June 2006.

“I have known Dr. Corts for more than 15 years and have observed with admiration his excellent leadership abilities,” says David S. Dockery, president of Union University in Jackson, Tenn., and chair of the CCCU Board of Directors. “He is a man of much wisdom and godly character, a devoted churchman and a brilliant leader.”

In his role as Assistant Attorney General for Administration, Corts serves on the President’s Management Council, Council of Chief Financial Officers, the Enduring Constitutional Government Coordinating Council, the Executive Board of the International Cooperative Administrative Support Services (Department of State), and various other federal organizations. President Bush has also appointed Dr. Corts to serve on the Board of Directors of the Federal Prisons Industries.

“I have known Dr. Corts for several years and am excited to pass the baton of CCCU leadership to such a highly qualified leader,” says Andringa. “I began with far less relevant experience than Dr. Corts is bringing. He will help us move Christian higher education to the next level.”

Corts holds degrees from Georgetown College and Indiana University. He and his wife, Diane, are the parents of three grown children.

The Council for Christian Colleges & Universities is a higher education association of more than 170 intentionally Christ-centered institutions around the world, including Grace College in Winona Lake, IN. There are now 105 member campuses in North America and all are fully-accredited, comprehensive colleges and universities with curricula rooted in the arts and sciences.

Three Grace College students have been accepted into CCCU (Council of Christian Colleges and Universities) programs for study during the fall term of 2006. Junior Nathanael Smith from Delaware, OH, a biblical studies major, was accepted into The Scholars’ Semester in Oxford.

Senior Tammy Sackett from Waterloo, IA, a double-major in graphic design and illustration, was accepted into the Los Angeles Film Studies Center. Kate Marshall, a sophomore English major, will also study at Oxford under the CCCU program.

In addition, 71 affiliate campuses from 24 countries are part of the CCCU. The Council’s mission is to advance the cause of Christ-centered higher education and to help its institutions transform lives by faithfully relating scholarship and service to biblical truth.