At the Grace Brethren Church , Long Beach, Calif., Adam Kane, director of middle school ministries for the last five years, finished his graduate seminary education and has accepted a job opportunity in business management in Long Beach. He and his wife, Janai, will continue to be part of Grace, where Adam also serves as an elder.

In the interim, Adam’s two part-time assistants, Louie Huesmann and Lindsay Knowles, will continue to lead the group, under the supervision of Pastor Josh Swanson (Pastor of Family Ministries).

Also at Long Beach Grace, Julie Schumacher has transitioned into the position of director of communications full-time. She will continue to give oversight to Ugandan Lambs, while pastors Eric Marsh and Jesse Krohmer will assume oversight and coordination of the church’s cross-cultural missions efforts.

Sang-Bok David Kim was presented the Distinguished Alumnus Award at the 2010 commencement of Grace College and Theological Seminary, Winona Lake, Ind. The recognition is selectively awarded to an alumnus or alumna for a lifetime of meritorious service and leadership that exemplifies the mission of the campus.

Larry Krueger, a member of the Harrah, Wash., Grace Brethren Church (Peter Touhey, pastor), has been named Employee of the Year for the state of Washington by the state Department of Agriculture. Larry is a Field Inspector Supervisor in the Yakima, Wash., office. He began working for the Department of Agriculture after retiring from a long career teaching and heading the FFA program at White Swan, Wash., High School. 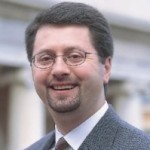 Tiberius Rata, chair of the Biblical Studies Department and Professor of Biblical Studies, at Grace Theological Seminary, Winona Lake, Ind., has been named to the editorial board of Scripture and Interpretation, the theological journal of the Torch Trinity Center for Biblical Research, Seoul, South Korea. Besides contributing to the journal and providing suggestions for improvement, he will critically evaluate Old Testament articles submitted by scholars worldwide. 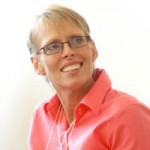 Ron Sheranko, associate pastor at First Grace Brethren Church of Dayton, Ohio (Mark Saunders, pastor) was ordained in a special service at the church May 15.

A new book by Neil Cole, Grace Brethren pastor and founder and executive director of Church Multiplication Associates , has been published. Church 3.0-Upgrades for the Future of the Church is available at local bookstores and cmaresources.org. It is also available in Kindle (electronic) format. 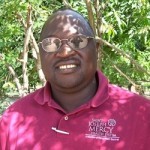 Dadje Samuel, 47, businessman, an evangelist, and a trainer of church planters in the Cameroon, April 25, 2010.