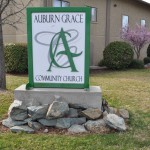 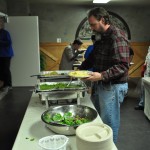 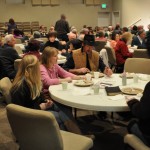 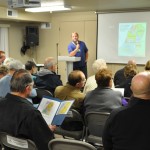 Look up perseverance and you’ll find the word means a steady and continued existence or occurrence toward a purpose or course of action in spite of difficulties, obstacles, or discouragement. You’ll likely not find the name Phil Sparling or Auburn Grace Community Church as an example, but given their combined story, both, to God’s glory, are exemplars of a steady persistence.

Sparling has pastored the Grace Brethren congregation in the foothills of northern California’s Sierras since 1994. (He’s been part of the church since junior high when his parents, Gary and Barbara Sparling, and family were part of the founding group.)

Auburn Grace is a thriving ministry with an average of 750 people attending worship services on a Sunday morning. Visit on a Wednesday evening, their facility is buzzing with families – first gathering for a common dinner, then separating to various rooms with activities designed for children, a lively youth ministry for the teens, and solid Bible classes for adults. This summer, they completed a multi-million dollar makeover of their building. They remodeled the worship center to add retractable seating, added 3,000 square feet of office space, renovated the kitchen and courtyard areas, improved the parking area, and completed other upgrades to the sound system, lighting, and air conditioning.

The picture has not always been so rosy.

The church began in the late 1970s and by the early 1990s had grown to a weekly attendance of about 150 people. They had constructed a 21,000 square foot building on the northeast side of Auburn with the intention of finishing portions as they had the funds. The practice had been allowed by the city, but by the time the church began construction, building codes had changed. They were required to complete the entire building.

The congregation had secured a $450,000 construction loan from the Grace Brethren Investment Foundation, according to Sparling, who was then serving as the pastor of children and youth. It required monthly payments of $4,500, the same amount as the lease for their rented facility, he remembered. With plans in place to grow, the church was able to meet its obligations – until faced with the necessity to finish the facility totally before occupancy.

It was not long before the senior pastor and the associate pastor, who had served as the project manager of the construction project, each shifted to other ministries or jobs.

“We moved in [to the new building] and we had three pastors and an office staff. Six months later, I was the only one sitting here,” said Sparling.

In spite of the difficulties, he and others would brainstorm about what the church could be in the community of Auburn. So, when it came time for the elders to hire a new senior pastor, he was prepared to present a five-year plan.

He also didn’t feel God releasing him to leave. “I didn’t really have this dream of, ‘this is going to be the greatest place on earth,’” he remembered. “I just felt like, ‘Lord, can I go? Are you releasing me?’ And I felt like [the answer was], ‘No.’”

Within those next five years, it became more apparent the church was over burdened by their financial responsibility and growth had stalled. It wasn’t part of Sparling’s plan, but he continued to look to the Lord for guidance, knowing the plan was His.

By 1998, the new facility was rented to another church and the Grace Brethren congregation moved to smaller, less expensive space for their own worship services and ministry. The group that leased the building approached them about purchasing the property.

At the end of the 30 days, they were unanimous. “We’re going to go back [to our own building]. We don’t know when or how, but we’re going back.”

That caught the attention of ken Seyfert, director of the Grace Brethren Investment Foundation (GBIF), which had financed the construction. He met with the church elders.

“We explained to him that we felt that God gave us a vision when we built this to be a real community center,” noted Sparling. “We wanted to go back and finish the vision.”

“We respected their decision,” recalled Seyfert, who is now CEO at the GBIF, remembering some “tough love and prayer” while helping the California congregation develop a stewardship plan.

Sparling admits those years were not easy. He remembers the question of a conference speaker – if your church shut down, would it make a spiritual impact in your community? He posed the subject to the leadership. “It really got the elder board thinking, talking, and praying,” he reminisced.

A new vision was developed and new ministry plans were enacted. Things slowly began to change.

By 2002 the church had a solid board of elders and was able to hire two key staff people part-time: Lorin Miller as associate pastor and Steve West as youth pastor. It was late 2004 before Grace Community Church would return to their facility. By that time, they had grown to nearly 300 in attendance.

It was then Sparling again took stock of his own situation.

“I thought, ‘We’re back. I’ve completed God’s request of stabilizing the ministry and returning to the building. Here’s my window to move on.’” He asked the Lord: “What is your next plan for me and for [my wife] Ruth?”

He says it was very clear: “Finish the vision.”

For Sparling and the church elders, the vision has been to develop a thriving family of believers who know Christ and make Him known with a faith-based, community-focused campus.

From the moment the congregation stepped back onto the property at 3126 Olympic Way, they have been focused on seeing the vision complete. Within the year, they established a right-of-first-refusal relationship with the owner of the gym next-door and developed tentative plans to use that facility for youth ministry when it becomes available. (They already lease it for special events.)

They knew that another six acres to the north of their property could be developed into a faith-based park. When it came on the market for $400,000, they approached the church that owned it. Even though there were seven offers at the asking price (and above), Grace Community Church’s offer of the original asking price was accepted, with the seller financing it for five years at four percent interest with an annual payment.

Sparling remembers meeting with the elder board of the other church. “We have a vision of using that property some day for the Lord’s ministry,” he said he told them, describing soccer and softball fields, an amphitheater, and a playground.

Those plans made sense to the selling congregation and the offer was accepted, but the first payment was due in three weeks.

The next Sunday, Sparling shared the news with his congregation. At a meeting after the morning service, he explained the plan, fielded questions, and suggested they pray. “Three weeks later when we took the offering, we got $130,000,” he remembered. That was their first payment.

“We called it our ‘August Offerings,” he said.

Over the next four years they’d begin early in the summer to talk about the obligation. By August, when it was time to pass the plate, more than enough was given – in addition to regular offerings.

The property has remained undeveloped, but the church has plans to begin work on the area once this past summer’s project is complete.

Sparling is self-effacing while acknowledging the path he and the church have trod has been full of seeming obstacles.

He learned to focus on what he had. “A good friend told me, ‘Whether there [are] 50 people or 500 people, every Sunday love the people who are there,’” he remembered. “‘Don’t think about [those] who aren’t there or who you want to be there.’”

It’s advice he has not only followed for the last 20 years, but he passes along to other pastors who may be struggling with similar situations.

“God does so much work to prepare for something wonderful to happen,” he noted, “but sometimes pastors get so discouraged that right before the good part, they leave.”

He chooses the word “persistence” to describe that time in the history of the Auburn church. “It wasn’t any great program that we started or any great insight that I had,” he stressed.

It was that same persistence that kept he and Ruth committed to the church. “[From] the summer we changed our spending priorities until the time when the other church actually took over renting our building, there were three or four months where we didn’t get paid,” he reminisced. Church members would bring by food for meals or drop off cash to help with the mortgage. He says that it helped when Ruth began teaching at a local Christian school.

“We just persevered,” he said, remembering how they reduced their standard of living while she sewed their children’s clothes and family vacations were to “free” places. “I think that was what the Lord honored.”

This article first appeared in the Fall 2014 issue of GraceConnect. If you’d like to receive the magazine, mailed directly to your home at no charge, click here.