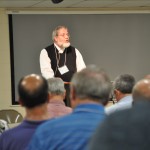 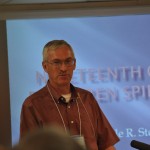 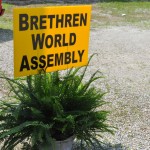 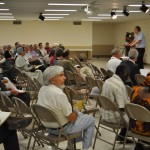 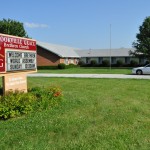 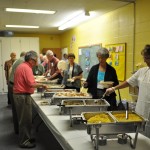 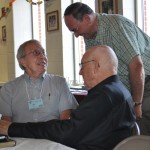 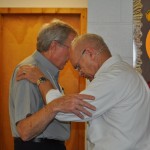 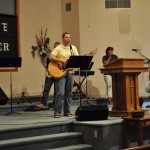 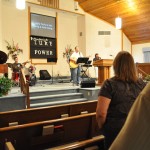 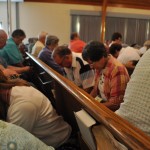 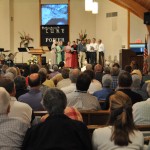 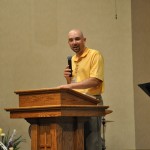 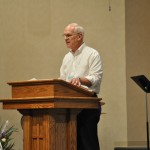 The first day of the Brethren World Assembly ended this evening as Dr. Roger Peugh issued a call to prayer to those in attendance. Speaking at the Grace Brethren Church in Brookville, Ohio, to an audience of nearly 400 people representing different branches of the Brethren movement, Peugh recounted how James Gribble spent years in prayer before entering Oubangui-Chari, the African country now known as the Central African Republic. He also stressed that Jesus prayed, therefore we should pray.

Sessions continue tomorrow and Saturday at the Brethren Heritage Center and Salem Church of the Brethren in nearby Englewood. Grace Brethren speakers to take the platform on Friday include Dr. Jared Burkholder, assistant professor of history at Grace College, and Dr. Christy Hill, professor at Grace Theological Seminary. Serving on several panel discussions will be Dr. Jim Custer, Tom Julien, and Barb Wooler.

The assembly, held every five years, gathers representatives of the groups that trace their spiritual heritage to Alexander Mack.