A former prime minister in the Central African Republic, Faustin-Archange Touadera, has won the presidential run-off, it was announced on Saturday. Below is a portion of a story about the election from Saturday’s Reuter’s News Service. Click here to read the complete article.

The Grace Brethren have ministered in the C.A.R. for more than 100 years. As a result, there are many Grace Brethren churches in the country, the largest number anywhere in the world. 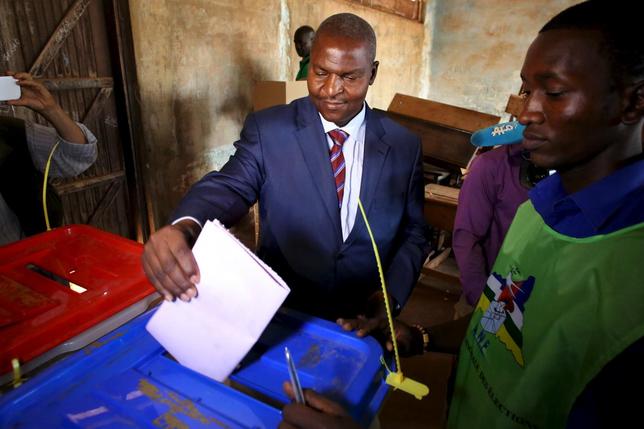 Presidential candidate Faustin-Archange Touadera votes during the second round of presidential and legislative elections in Bangui, Central African Republic, February 14, 2016.

Former Central African Republic prime minister Faustin-Archange Touadera has won a presidential run-off, the electoral commission said on Saturday, in what was widely seen as a step toward reconciliation after years of violent turmoil.

Crowds sang and danced into the night in the streets of the capital Bangui, where many people have been killed during three years of inter-communal strife.

“It’s the central African people who have won tonight,” said Max Farafei, a 32-year-old motorcycle taxi driver. “Now we all need to rally behind (Touadera) to rebuild the country.”