Providing Hope and Encouragement Through Counseling

A story at the online news site, InkFreeNews, features Barry Andrew, a Grace College graduate and member of the Winona Lake, Ind., Grace Brethren Church (Bruce Barlow, lead pastor). A portion of the story appears below. Click here to read the complete article. 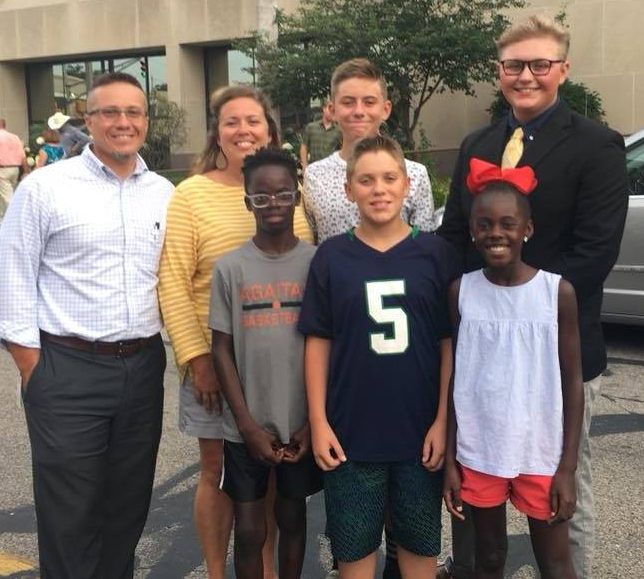 Shown are members of the Andrew family. In front, from left, are Ben Andrew, Max Andrew and Lucy Andrew. In the back row are Barry Andrew, Joye Andrew, Reid Andrew and Tate Andrew.

Anyone who has ever counseled someone struggling with substance abuse knows the harsh realities involved. Barry Andrew put it this way, “it can weigh heavily on your heart and mind.”

Andrew, a native of Warsaw, is the director of the Kosciusko County Drug and Alcohol program. He and a staff of two others have an office in the Justice Building in Warsaw and serve Superior Courts 2 and 3.

Those entering the drug and alcohol program have typically committed a misdemeanor offense, been arrested for operating while under the influence, marijuana offenses or others. They go through an intake process before entering the program.

“We do an assessment to determine the level of care that can be provided,” Andrew said. “We may need to refer them to another agency.”

Written reports of the progress of those in the program are provided to the court. Progress of each person is monitored. Work is also done with Superior Court 1 and circuit court.

Growing up in Warsaw, Andrew did not necessarily foresee himself becoming a counselor. He had played soccer since the age of 5, including on travel teams in middle school, and played through his high school years, graduating from Warsaw Community High School in 1994. He then went to Grace College on a soccer scholarship.

From 1994 to 1997, he roamed the soccer fields for Grace College but was unable to play during his senior year due to health problems. Through an odd twist of fate, Andrew was led into seeking to become a counselor. He had enrolled in the IPFW nursing program in 1998, but “life events changed and God’s plans led me into counseling.”