Throughout his career, Kary Oberbrunner has faced a number of closed doors. From being denied the job he thought was his calling to trying to get his books published, he knows the sting of rejection.

Now a Wall Street Journal and USA Today best selling author and CEO of Igniting Souls Publishing Agency, Kary has learned to tune out the hum of critics and listen first and foremost to the voice of God in his life. 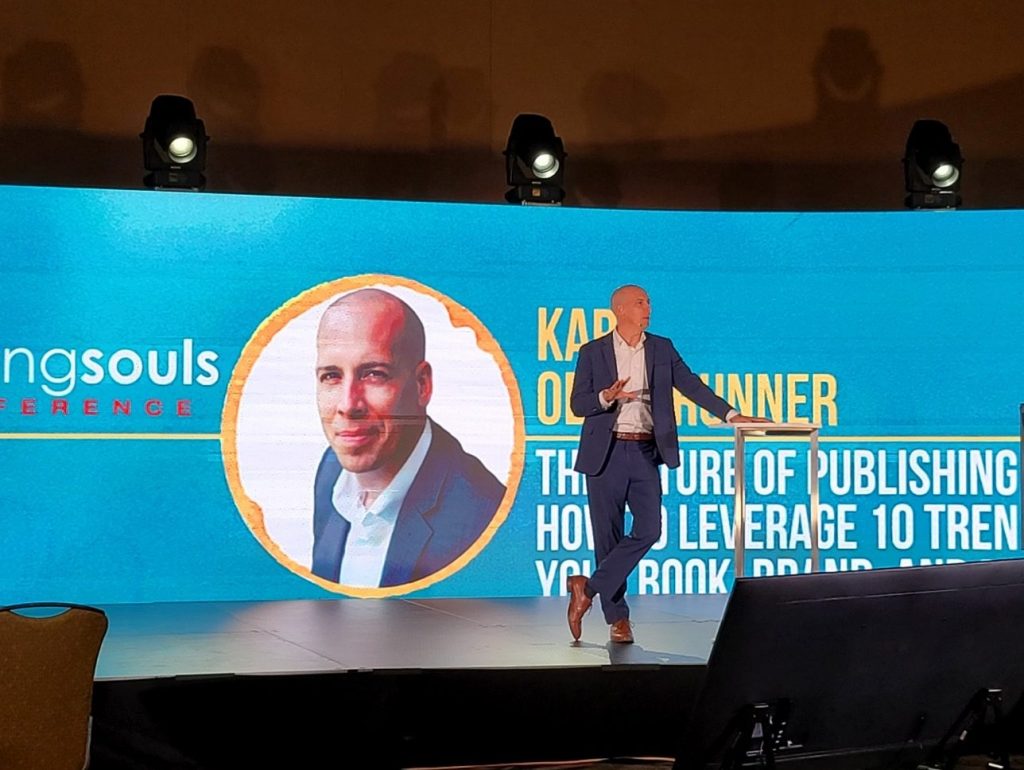 Although he’s a successful writer now, writing wasn’t always Kary’s focus. He graduated from Grace College in 1999 with a Bachelor of Arts in Biblical Studies as well as Greek and Journalism minors. In 2001, he earned a Master of Divinity with an emphasis in Counseling.

Through his journalism minor, Kary honed his writing skills without knowing he would have a future career as an author and publisher.

Kary was supported by many professors while he was at Grace. Among them were Dr. Paulette Sauders, Dr. Thomas Edgington, and his personal mentor, the late Dr. David Plaster.

“I was drawn to Grace because of the kind and helpful staff that made transferring to Grace easy,” Kary says. “I was especially impressed with Dr. Plaster and the way he personally invested time in me and my situation.” 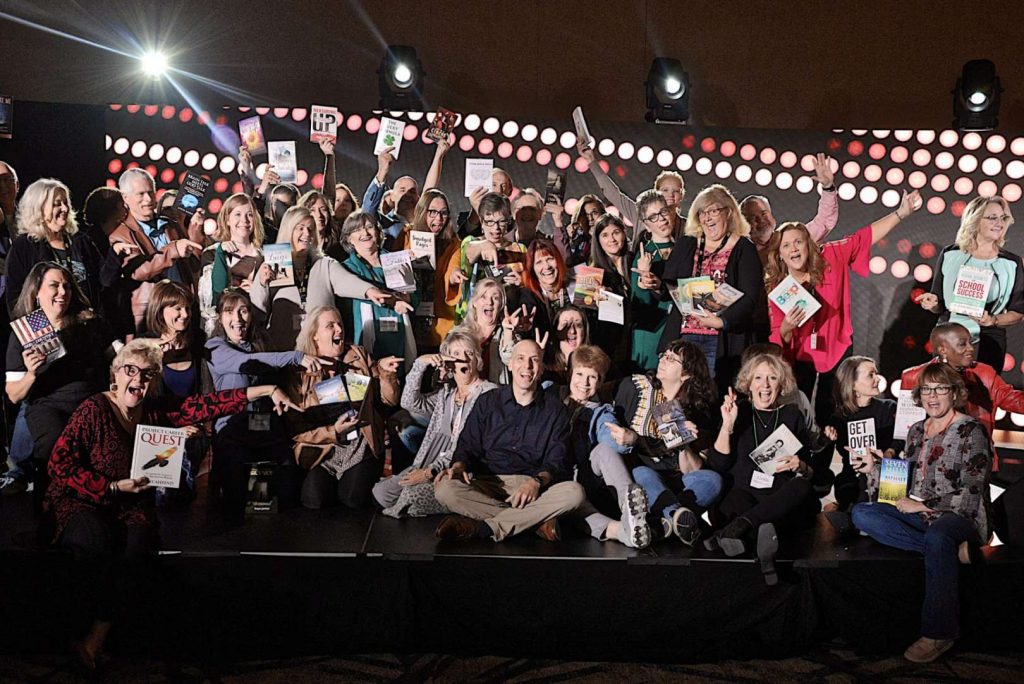 Kary’s dream after college was to be a Grace Brethren Air Force Chaplain. After having a conversation with Larry Chamberlain, a representative for military chaplains, Kary felt it was what God was calling him to do.

But because of his childhood asthma, he was rejected by the Air Force. Then the Army. Then the Navy.

He was crushed. But instead of giving up on ministry altogether, he pivoted to the pastorate. During his first year in seminary at Grace, Kary interned at Community Grace Brethren Church in Warsaw, Ind. He then got engaged to Kelly (Hoppe), a graduate student in the Grace Master’s in Counseling program. After they got married that fall, Kary became a senior pastor at Tiosa Brethren Church in Rochester, Ind., for one year and then at Grace Church in Powell, Ohio, for 12 years. 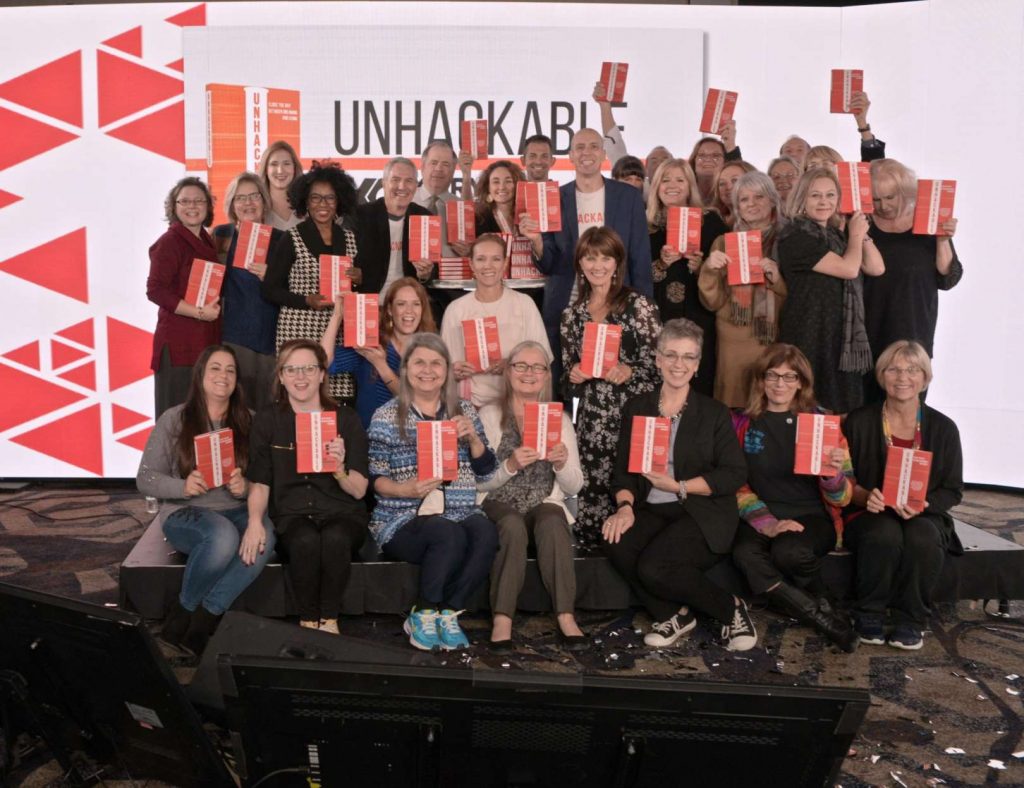 Despite the ups and downs of his career journey, there was one thing consistent in Kary’s life – his love of writing. As a young adult, Kary struggled with depression and self-injury, and as he grew older, he used writing as a way to cope.

“Writing became my lifeline to process my emotions,” he says. “My early books were ways for me to work through my struggles.”

Equipped with a journalism minor and the skills he learned from his early writing, Kary left Grace Church to be a full-time writer and entrepreneur.

Kary published his first book in 2004. Since then, he has put his journalism minor to good use, publishing over a dozen books in a variety of genres: Christian, business, personal growth, and fiction. His 2020 book Unhackable earned the status of a Wall Street Journal and USA Today bestseller. It is devoted to helping people achieve their dreams by freeing themselves from distractions, becoming more productive, and getting into flow.

The first few books Kary tried to publish were rejected by publishers, and he struggled to find a literary agent. “There’s been a lot of challenges on the way, but you just have to keep moving forward,” he says. “Sometimes the desire is right but the timing is wrong.”

In December 2012, Kary pursued his passion full-time through Igniting Souls, which helps individuals write, publish, and market their books. Their goal is to ignite 100 million souls by 2030. Kary is committed to building a give-back company that contributes a percentage of its sales to help people around the world through B1G1.

“We’ve made a conscious decision to impact people in practical ways,” said Kary. “God has given us so much, it makes sense for us to follow his example.”

Kary has faced rejection that changed the course of his life. But through it all, he has looked to see what God wanted for his life. And God’s plan has brought him success that he never could have imagined.

At the end of the day, he doesn’t take himself too seriously. He sees himself as a follower of Christ and a bald man with a girl’s name.

A version of this story appeared on the Grace College blog. See the original post here and find out more about Grace College on their website here.