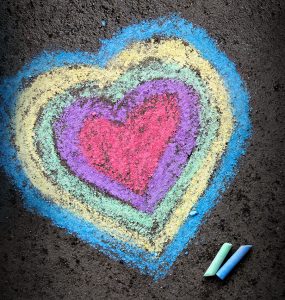 I acknowledged my same-sex orientation in the middle of ninth grade.

The clues had been present years before, of course. I distinctly remember my interest in the YMCA men’s locker room after 5th-grade swimming lessons, my driving curiosity regarding the older male body contrasting even then with my indifference toward the female figure. I remember being exposed to pornography on the internet later in middle school, and how easy it was to justify my interests with half-truths: “Guys see each other naked all of the time. is isn’t that big of a deal.” I remember sitting down with my dad in the midst of middle school and talking about dating, my relationships with girls, family ground rules, and so on, without the ability to relate that to my own experience. I still fully expected to wake up one day, look at a woman and feel… something different. But that day never came.

Going to Gateway Grace Community Church was a normal, weekly occurrence, spurred on by parents who loved me, loved each other, and loved the Lord enough to follow him into full-time ministry. I understood God’s plan of salvation and believed in Jesus at age four, with as much sincerity as a toddler could muster.

I did school with my mom by day and played with my dad regularly. I lived the idyllic Christian childhood. And my goal was to be the best little Christian I could be.

But I misunderstood God’s aim. God did not want me to be a “good Christian;” he wanted me to know Him.

And so, in God’s sovereignty, during my ninth-grade year, I recognized that the only signi cant sexual draw that I had ever experienced was towards men. Confusion settled inside of me, as well as deep loneliness. I had no context for Christians being attracted to the same sex. Honestly, I did not believe it to be possible. Christians had happy marriages and built middle- class families with church-attending children. Sexuality was a hotly politicized, outside issue, to which the proper biblical response was praying in pity and voting red. Being attracted to the same sex was not an option. My parents had never talked about it as a possibility. My church had never taught it as a choice. How could it be? I wanted to do the right thing, and I was familiar enough with Scripture and God’s design for sex to know my desires were in some way “wrong.”

I was left in isolation. I was left feeling betrayed.

Several months of denial turned into months of (seemingly) unanswered prayer for change, which led to even more months of distracting myself to ignore it. I only wanted to be the model child. But high school opened me up not only to unanswered relational desires but my brokenness.

Early in my sophomore year, God shifted my life trajectory through His mercy, ten verses of Scripture, and a short conversation with my mother.

“Mom, how have you seen God talk to you?”

“He’s talked to me through the Bible, mostly.”

And so, in my room, I asked God to say something.

In my room, with my Bible open, God answered.

What I craved more than anything at that moment was to know that I was understood. My life was not an accident. My feelings were not purposeless. Things would get better.

God showed me all of those things. And more importantly, he showed me that he was present. at night I decided that Jesus was worth follow-ing, whatever that might cost me.

I am now a student at Liberty University majoring in Social Work, minoring in Biblical Studies, and hoping to build God’s kingdom by helping people overseas.

In the past year, I began to blog about my story, which has led to more fruitful conversations about sexuality and the gospel than I would have ever dreamed. In the midst of all this, I am learning that God’s primary concern is not in the details of my ever-fluctuating emotions. God is concerned with my response to them.

Since sharing my story, I have encountered many well-meaning believers with misguided presuppositions, some more damaging than others. It is fatiguing to know that there are bodies of believers that will never let me near their children’s ministries, eyeing me with distrust no matter the state of my purity. It is exhausting to consistently clarify my desire for platonic physical touch out of fear that another man may think he’s turning me on with a hug. It’s discouraging to have the world assume my faith is a phase while the church holds my commitment in question unless I marry. Perhaps I will marry one day, and perhaps I will not. My sanctification waits on the Holy Spirit, not a helpmeet.

I have been greatly encouraged as the church begins to recognize sexuality as an insider issue. There are men and women in my life who have brought me closer to holiness, inspired me in worship, and shown me that they, too, are willing to make sacrifices in the pursuit of eternity. To my parents, and the parents of any child working through their sexuality, thank you for praying. As I look at my life, my story, and the complicated interplay of attraction and intuition that God has used to shape me, I end up with one recurring question: “How then do I relate to people?”

The answer, in Christ, is always “with love.” – by Jonathan Hiller

Jonathan Hiller is a member of Gateway Grace Community Church, a Charis Fellowship congregation in Parkesburg, Pa. (Scott Feather, pastor). A student Liberty University, he is studying social work and biblical studies and would like to do clinical work overseas after graduation. He blogs at jonathanhillerblog.wordpress.com.

This article originally appeared in the Fall 2018 issue of GraceConnect magazine. Click here to read the complete issue online.