NBC4 in Washington, D.C., recently talked with young people who remember the attacks of 9/11. Among them was Arial Coates, who was in elementary school at Grace Brethren Christian School (a ministry of the Grace Brethren Church, Clinton, Md.). A portion of the NBC4 story appears below. Click here to read the complete article. 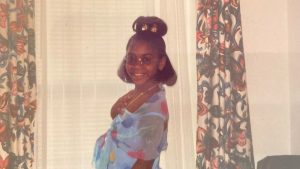 Arial Coates was 10 and in the fifth grade at Grace Brethren Christian School in Prince George’s County on the day of the attacks. She shared how her class watched the second tower fall on TV.

Where were you when the attacks happened and how did you find out what happened on 9/11?

All the teachers were outside kind of huddling and talking. And so, we can kind of see something going on, but we don’t know what’s really happening.

We heard there was an attack, but they were kind of trying to keep things under wraps. Then, they decided to send everybody to lunch, which we all thought was also weird because it wasn’t time for us to go to lunch.

When we got to lunch, they put on the TVs in the cafeteria so we could watch the news. We ended up watching the second tower fall. I still get chills thinking about it.

Then, we found out that there was another attack in D.C., which is kind of what started the inner panic in us and everyone there. We’re so close to D.C.; we’re so close to the Pentagon; so many parents worked for the government, worked at the Pentagon.

How did the adults around you try to explain what was happening?

At first, they weren’t really telling us anything. And I think as they were trying to help, I don’t know if it was helping in the situation, because we wanted to know.

As an adult now and as a teacher, I see why they kept that information to themselves. They didn’t want us to panic.

You’re a teacher, and your students weren’t yet born in 2001. How do they think of the attacks?

We’ll talk about it and we do the moments of silence. And the kids don’t really fully grasp the importance or the seriousness of that day. Sometimes I just have to tell them from my experience. But that’s not something I would want anyone to experience, a national tragedy such as that.

When we talk about it, they always kind of relate it to being in a school shooting — those kinds of tragedies that they now deal with.

How did 9/11 change your perspective of the world?

It definitely changed my perspective in a lot of ways as far as how we responded to tragedy. I definitely saw a change in how people treat each other. Definitely.

Until that point, especially living in Prince George’s County, I probably had never noticed racism. After that point, you could see a difference in how they were treating the Muslim kids or kids of Middle Eastern descent at our school.

Everybody was on edge. We never came back from it all the way. This generation went from 9/11 and then we went into the D.C. sniper not too soon after. I had to sit on the floor of the bus and zigzag into doors.