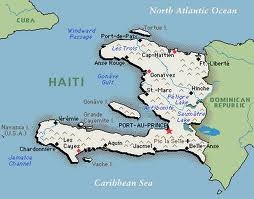 Grace Brethren churches and ministries have responded with thousands of dollars of aid to Haiti in the wake of Hurricane Matthew, which struck the island on October 4 as a Category 4 storm.

Four ministries within the Fellowship of Grace Brethren Churches work in the region. All continue to respond to needs created following the storm.

Breathe Partners (formerly CPR-3) raised about $14,000, according to Dan O’Deens, founder and director. “Our initial expense was a simple $500 for rice and beans and water as a stock up,” he said. “Our second gift was for $3,500. That restored and rebuilt almost 20 homes and [provided] a couple church repairs.”

The agency just wired the rest of the $10,000 to repair and rebuild as many homes and churches as that money will allow. “Our teams are purchasing their supplies locally to keep from theft and bandits bothering the transporting,” said O’Deens.

Breathe Partners is planning to take some teams into the country after the new year. Contact O’Deens if you are interested in participating. 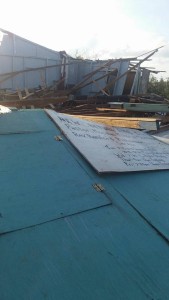 Three Strands sent a team almost immediately to Jeremie (a hard-hit area) shortly after the hurricane and now are now doing clean water kits. Mike Taylor, executive director reported that the team that worked in Jeremie was comprised of all Haitian medical workers. “They are now back at the clinic [in Cap Haitian] working full time,” he reports. (Jeremie is nearly a 12-hour drive from the Three Strands clinic in Cap Haitian.)

Barb Wooler, director of crisis response for Encompass World Partners, reports that Caribbean Vision Ministries (Chuck Davis, director) has been providing truckloads of relief supplies and will eventually move into repairing church buildings. “Last time I checked, they were loading up their second truck at $5,000 a truckload,” Wooler said.

Wooler also noted that Encompass World Partners, in cooperation with the Fellowship of Grace Brethren Churches, has given $2,000 to each of the above three agencies. In addition, Encompass is:

Donations are still being accepted by the various organizations. Links are included below.

Encompass World Partners/Fellowship of Grace Brethren Churches. Click here to donate. (Encompass maintains a separate fund for crisis response on behalf of the FGBC. The account number is 7851.)

In addition, Grace Brethren congregations in Florida are collecting cases of water to be shipped to Haiti. They will be delivered to Mispa Missionary Community Church, a Grace Brethren congregation in Miami, Fla. (Desir Nonhomme, pastor), by the end of November, and then shipped to Haiti. “We wanted people to take an active approach to this mission, not just writing a check,” noted Matt Wheelock, associate pastor at Grace Church, Sebring, Fla. (Randy Smith, senior pastor), who is overseeing the project.